“Jakob Osterreicher and Hermann Wiener were both prominent camp officials. Hermann Wiener had been transferred from Auschwitz to Fünfteichen and had worked himself up to the position of chief administrator for Krupp. He was highly regarded by both the SS and the Kapos. He had to complete a report of the exact number of all those who lined up for Appell each day and those who were sick. So he had some freedom to move about in the various factory buildings, workplaces and also among the guards.

Osterreicher, who had also come to Fünfteichen from Märkstadt camp, was promoted from Kapo to Oberkapo (Senior Kapo). He was responsible for various groups with the exception of those who worked for Krupp. He enjoyed freedom of movement within the factory premises because of his rank of Oberkapo. One evening when we were again counted prior to our march back to camp, Wiener and Osterreicher were missing. The SS searched the entire area, but in vain. After a lot of to-ing and fro-ing, we finally marched back to the camp where we were detained for hours on the Appellplatz.

Time and time again they demanded we should give them any clue or information about their whereabouts. Those who shared a room with Wiener and Osterreicher were taken away to be cross-examined. They were threatened with severe punishment to compel them to disclose how they might both have prepared their escape, or even any suspicious remark they may have unwittingly uttered. These efforts failed to yield any worthwhile clue. We were not released until past midnight, when we laid down, utterly exhausted.

A few days later my friend Jakob Bloch told me that he was a lookout for both of them. He had seen exactly how they had dressed in civilian clothing in a shack. A German foreman who was favourably disposed towards us had supplied work permits and bicycles. Thus equipped, they were able to pass the factory security service unchecked and make good their escape.

The next day the camp administration informed us that they had both been captured and shot, and their corpses had been transported to the crematorium in Grossrosen. This announcement was a pure lie intended to destroy any yearning to escape. In reality they both found a hiding place fifty kilometres away that a German farmer had prepared for them, and they survived. In January 1945 they were liberated by the Soviet Army.” 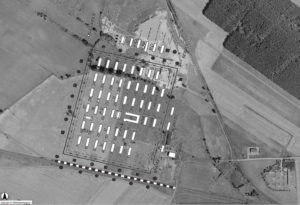