A Guide to Female Nazi Guards

A point of fascination for many people and historians alike has been the role of women in the Holocaust, specifically female members of the SS and the Nazi party. Due to the stereotyping of women throughout history, many have been utterly shocked by the actions of female Nazi guards because, other than the actions being unspeakable, they were simply female. This, of course, is a pretty outdated view as evil has no gender and it is perfectly plausible for the perpetrators to be male or female.

Nevertheless, in this guide, we will be shedding light on some of the most notorious female Nazi guards and what role they played in the Holocaust. 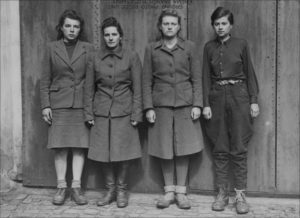 Female Nazi Guards tended to be from lower to middle-class backgrounds and usually had no relevant work experience under their belt upon recruitment. It was also common for their professional backgrounds to heavily vary since there were no requirements other than simply being willing to carry out orders.

There was a feeder organisation known as The League of German Girls which acted as a means of indoctrination of young women to then push them into wanting to become part of the SS.

It has been documented that the SS men were told by Himmler to regard any female SS members as their equals and their comrades. 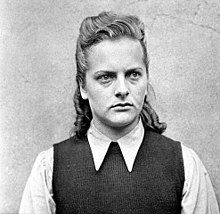 Irma Ida Ilse Grese was an SS guard serving at the concentration camps of Auschwitz and Ravensbrück. She also served as a warden on the women’s section of Bergen-Belsen.

After the liberation of the camps, Grese was convicted of crimes involving murder and ill-treatment of prisoners and was consequently sentenced to death at the age of 22 during the Belsen trial. She was famous for being the youngest woman to die under British Law in the 20th Century.

Grese is particularly notorious for her sexual violence against inmates and her frequent sexual relationships with other SS guards – she was regarded as a nymphomaniac.

One of her lovers was none only than Josef Mengele, Angel of Death.  She was part of the gas chamber selection and often chose women based on whether she believed them to be more beautiful than she was. Grese had a thing for personal-grooming, expensive custom clothing and the overuse of perfume – which was believed to be a deliberate act of sadism against them female inmates who obviously had nothing. 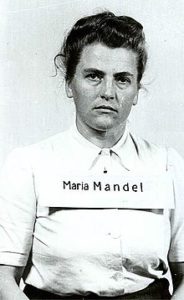 Maria Mandl was an Austrian SS guard working at Auschwitz, where she is believed to have been responsible for over 500,000 deaths of female inmates.

At the start of her career, Mandl oversaw things like daily roll calls as well as punishments such as beatings. She later progressed to being the top Female ranked guard with full control and say over the female Auschwitz camps and female subcamps.

Mandl earned herself the nickname “The Beast” after she was regularly known for partaking in the selection for the gas chambers and other forms of mass murder.

Mandl created the Women’s Orchestra of Auschwitz which was for the purposes of accompanying executions, selections, transportations and daily roll call. According to a Holocaust survivor, Lucia Adelsberger, the female inmates were made to march in time to the music, even after coming back exhausted from forced labour.

For her crimes against humanity, Mandl was executed at the age of 36. 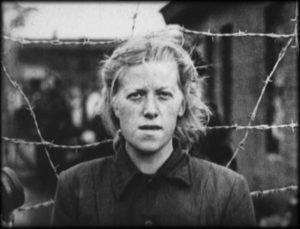 Herta Bothe was a Nazi concentration camp guard at Ravensbrück-stutthof and Bergen-Belsen. She was recorded to have been 6ft 3 and known as the “Sadist of Stutthof” due to her merciless beatings of female prisoners.

At the age of 24, she accompanied a death march of women from central Poland to Bergen-Belsen. At the Belsen trial, she claimed that she had stuck prisoners with her hand as a means of discipline but never used an instrument to do so, nor did she claim to have killed anyone.  She was sentenced to ten years in prison and is still alive today. In a rare interview she said:

“Did I make a mistake? No. The mistake was that it was a concentration camp, but I had to go to it, otherwise, I would have been put into it myself. That was my mistake.”

She also outlined that when the camps were liberated, she was forced to bury rotting corpses in mass graves. She stated that those forces were not allowed to wear gloves and had to carry them themselves with no aid whatsoever. 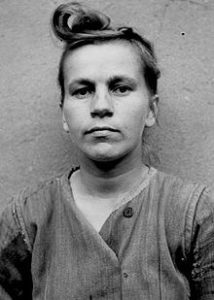 She stood trial in the Belsen trial and was eventually sentenced to death after being found guilty of crimes against humanity. 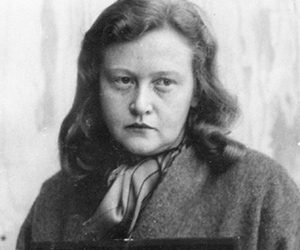 Strictly speaking, IIse was not an SS guard herself but her husband Karl Koch was the commander of Buchenwald. Using his power, he granted her a position in the camp where she earned a reputation and was called the “Witch of Buchenwald”.-

She was known to have often inspected prisoners upon arrival to see if they had any interesting tattoos on their skin. If she ever saw anything she liked, she would have the prisoners killed and use their skin to make items like lampshades or book covers.

Koch was actually acquitted in 1944 after the lack of evidence, whereas her husband was executed. Later, she was sentenced to life imprisonment and later committed suicide in 1967 at the age of 60 out of shame and desperation. It has been reported that she suffered from severe delusions where she became convinced that any concentration camp survivors would come and attack her in her cell.