“Our Kapos fobbed us off with assurances that rang hollow: that by evening we would reach our new camp, and there we would receive food. When this short February day came to its end our wagons were still being shunted aimlessly backwards and forwards. So began the second night, and still our journey seemed to be without end. The number of those weak, with dysentery and dying grew. One corner of the wagon was already filled with corpses and excrement. We all just ignored this squalor. With an indifference that today seems inconceivable, we registered sickness and death. I witnessed how someone with eyes dulled and death etched on their face crawled to the corner of death and shortly after stopped breathing. Some of the dying had a little foam between their lips, others noiselessly sank into themselves and gave no further sign of life. The battle for space in the wagon gradually eased. As more people died, so those of us who remained alive had more room in which to stretch out. When night fell I was able to resume my old place against the side of the wagon. The arguments decreased, and even the Kapos assumed a more relaxed manner. Everyone was hungry and thirsty, and we were all overwhelmed with exhaustion. It was as if we experienced this second night in the wagon through a fog. When it was our turn to sit I found under me the body of a man who showed no sign of life. It was impossible to drag him away. I cannot easily remember in detail what followed. I was not unduly perturbed as I remained seated on the corpse. It was a huge relief to me to have an opportunity to sit, and I soon fell sound asleep. I was disturbed only by the hard bones beneath me. More people died through the night. Slowly we pushed the deceased to a heap of corpses which grew higher and higher.”

…”We continued our journey that morning. Slowly our thirst grew more and more unbearable. Drop by drop, we licked the dew that had condensed on the blankets that covered our shoulders. I was also able to wet and cool my tongue by licking the droplets that had formed on the iron bars as I stood against the side of the wagon. Still there was neither bread nor water. We continued for a few more hours until we stopped at a small station. From a distance we could read the station name: Flos. … Stiffly, we staggered out of the wagons. Almost a third of our comrades who were either dead or dying remained in the wagons.” 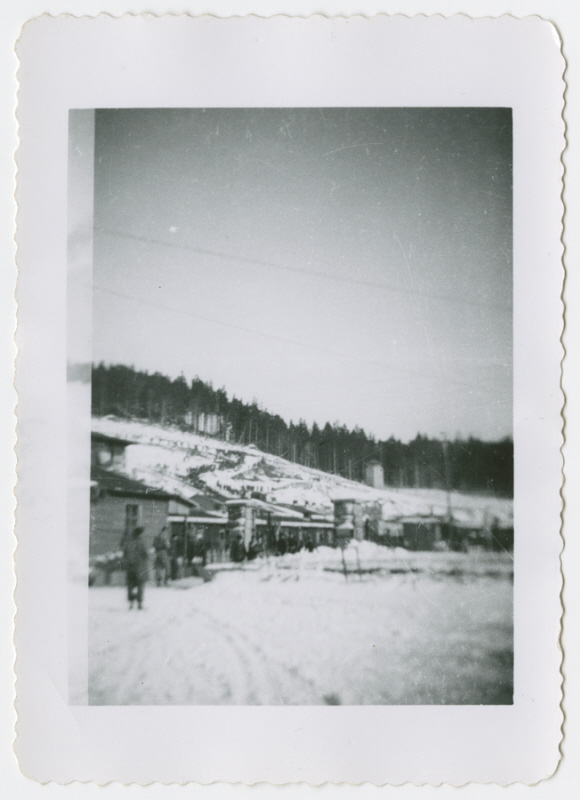