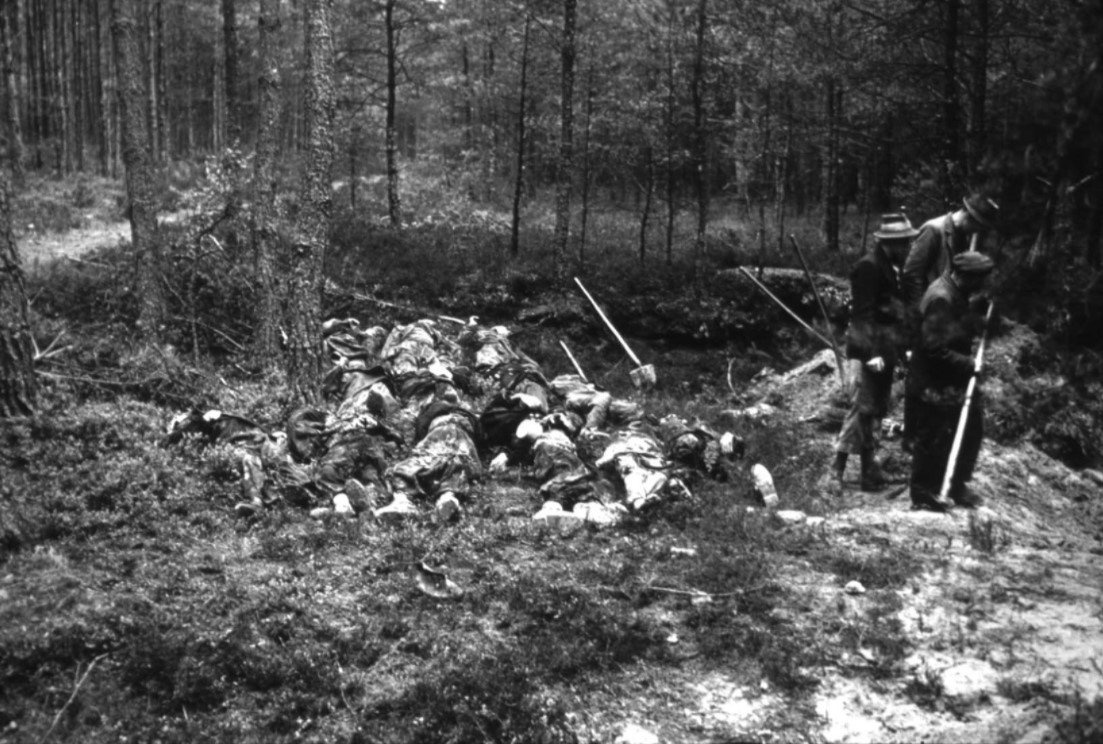 Churchgoers look on with cold indifference

“The peace and quiet of Sunday lay gently over the little town as we marched through. Our march became more and more arduous because we had to go up an incline. We were wretched, despairing figures as we struggled to drag ourselves along the white-covered streets. Suddenly, the loud noise of church bells rang in our ears. Before us, lay the church proclaiming Sunday. Although we retained only a pitiful glimmer of life and hope, the chimes of the bells touched something barely alive in each of us. Did this signify anything? Had the priest rung the bells on this peaceful Sunday morning to call together the good citizens of this small town to protest against inhumanity and indignity in general, and this awful procession of corpses in particular? We really wanted to believe, to hope that the world was at last alerted from its indifference and had eyes to see this dreadful drama as it passed before them – the martyrdom, torture and death of helpless people. Could they not see, hear and feel that in the face of this unfathomable mass murder they could not and should not any longer remain silent? Just then the gates of the church opened and a crowded mass of people burst out. The service must have just finished. The faithful slipped off the pavement into the road, the same street where we had encountered the church-goers. The SS quickly tried to force us on to the left side of the street with a few blows from their batons. They passed by very close to us, this God-fearing community in their best Sunday dress, men, women and children, all pious clutching their prayer books in gloved hands. They lowered their eyes and looked away as they passed by. Was it fear or indignation, dread or contempt? We could only believe it was their contempt; that was all we had been accustomed to for so long. And the bells rang louder and louder, really near, really loud. They seemed to ring directly from the hearts of the pious, those children of God, who only seemed to know about “love your neighbour” and compassion from the pages of the Bible. They calmly surveyed our misery and with hardened hearts observed us like statisticians contemplating criminals.”

… “wasn’t one of the basic principles of this church an unconditional obligation to “love your neighbour”? The numbing reality of this encounter destroyed whatever remained of this childish fantasy.”

Flossenbürg, Germany, Corpses of prisoners who were murdered during a death march, 1945 [Yad Vashem]