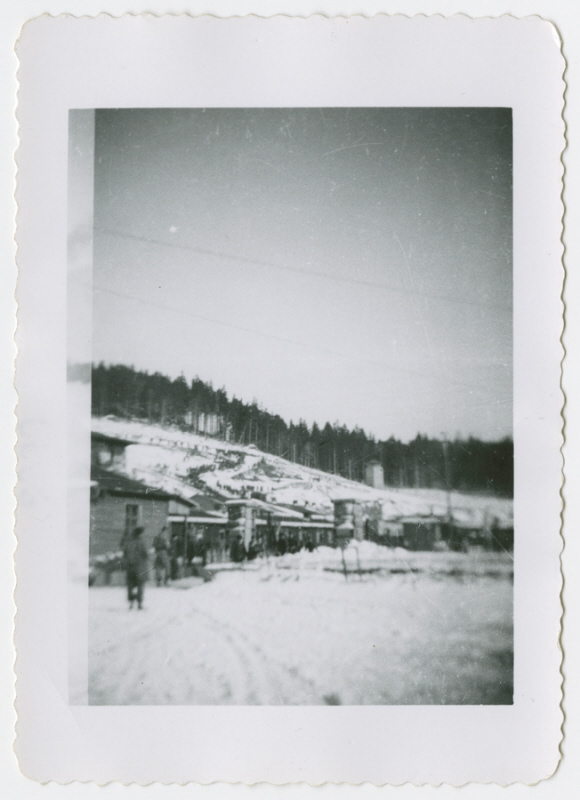 “As it became light we saw different small towns and villages as we passed through them. Early that morning the train slowed and eventually stopped on a railway siding. Workers on their way to work approached our wagons and enquired curiously as to what type of transport we were. We asked them to bring us something to eat, bread, potatoes, whatever they could spare. Some comrades begged for water. I saw a rail worker hauling a bucket of water, but he was immediately intercepted by the SS who forbade him to continue. In order to deter the workers, the SS told them we were all serious criminals; anyone who approached us would be punished. However, when more trains stopped on the sidings, we continued to shout even more urgently for bread and potatoes. Finally, our individual cries merged into one that passengers on other trains could not ignore. In fact many workers threw us singles pieces of bread and small parcels that probably contained their daily rations. Within moments a wild fight in the wagon ensued. I briefly thought whether or not I should join in this struggle because I was so hungry, but my fear held me back from joining the battle for the bread and parcels that fell on the floor. Many were injured as they tried to steal bread from one another’s mouths.”