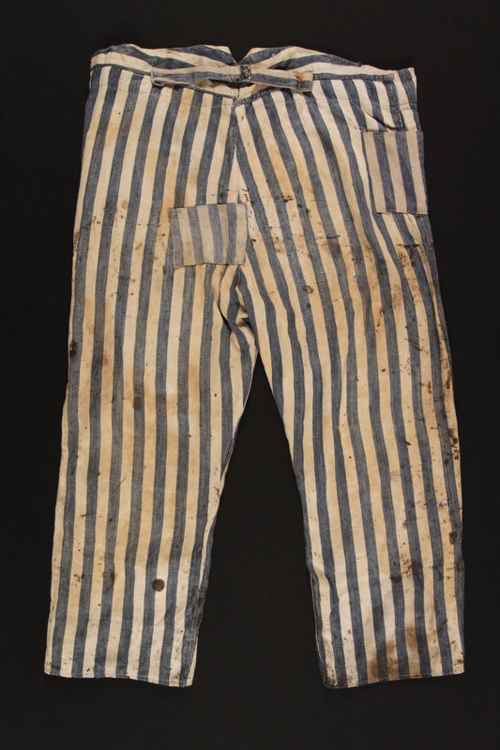 Barracks without windows, doors and floorboards

“The main part of Grossrosen Concentration Camp had been established for a long time. The barracks were crowded alongside the tarmac road. The huge Appellplatz was not far from the main gate. The crematorium was close to the rear exit of the camp. The newer part of the camp did not have any streets and was located on an adjacent hill. We had to wade through deep clay to reach the barracks which had not yet been completed. On closer inspection, it transpired that many doors were missing and black holes gaped in the walls in place of windows. In many cases the floor had not been laid and there were large puddles of water had built up inside these barracks. Our group was put into four barracks. Thankfully these had in part some doors, windows and a wooden floor. There were no other planks or bunks, so we had to sleep on the naked floor. The Block Elder and the Kapo used blankets to partition off a large corner for themselves, so very little room was left for the rest of us ordinary inmates. Naturally, each of us tried to claim sufficient space to sleep. As friends, we clung closely together and searched for a place where we were less likely to attract a beating by the Kapo.”