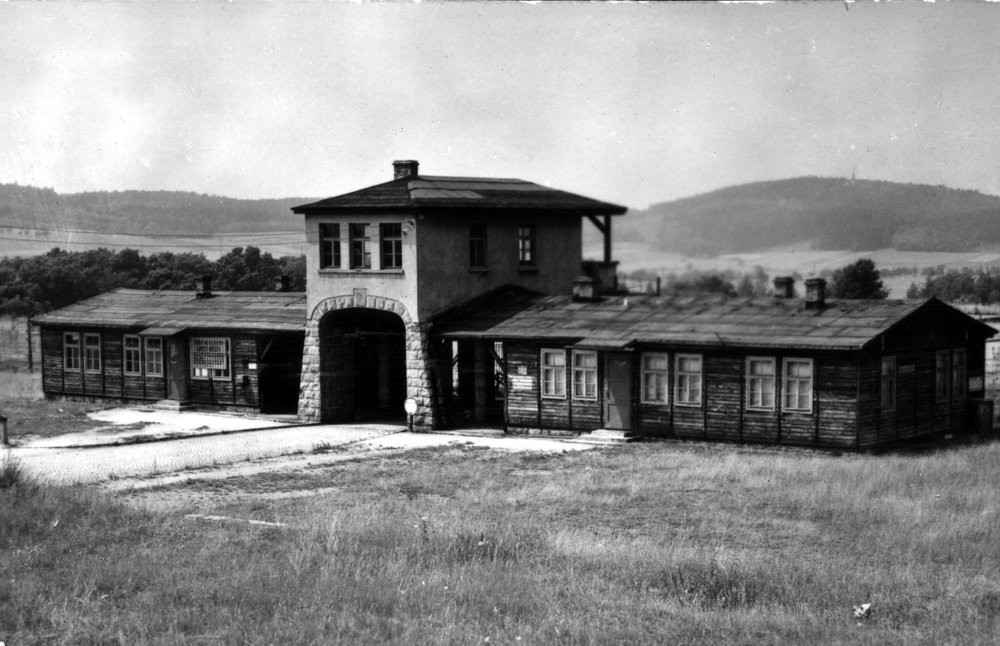 “When we marched into the camp we saw a familiar spectacle; a barbed wire double fence, the inner part of which was electrified, watchtowers and machine-gun posts. We were surrounded by camp functionaries and Kapos who busied themselves in a show of self-importance. With our final strength we scaled the last snow-covered hill where the camp lay before us. We hurried up the hill, panting and stumbling. We were little more than a group of disorganised, lifeless, tumbling statues. Some Kapos and officials made it their business to restore “order” to our ranks, beating us with their rubber truncheons.

For us Jews, Grossrosen was the epitome of terror. In Fünfteichen we had heard rumours that in Grossrosen no Jew survived more than two weeks. The majority of the camp guards consisted of Polish and Ukrainian criminals who tortured and persecuted the newly arrived Jewish prisoners until they were dead.

The atmosphere in our ranks and among the non-Jewish prisoners had clearly changed. In Grossrosen we knew that the Red Army had penetrated deep into the German Reich and that the Western Allies’ advance was unstoppable. It was only a question of time before these advancing armies would meet. We all hoped and expected that this would happen very soon.”