How could the Holocaust happen?

“Today, over twenty years later [when the book was first published  in German based on Ernst’s manuscripts written after the war], young people often pose the question, “how was it possible that large masses of people who were numbered in their millions could be led to their extermination and that these masses went without a fight, like lambs to the slaughter?” 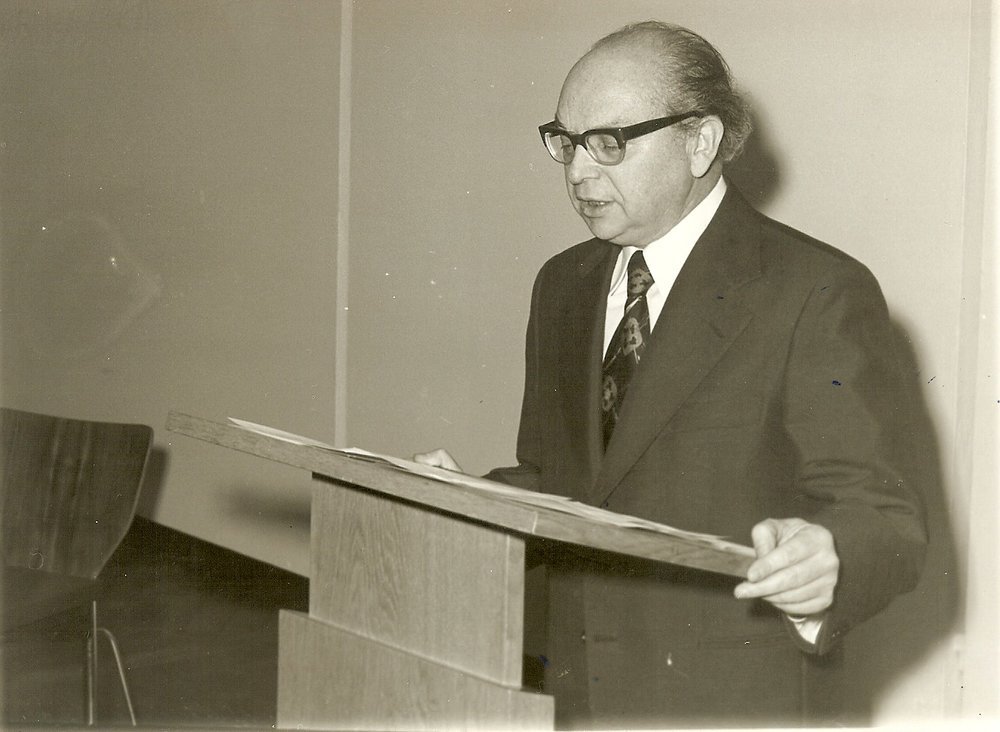 Ernst Bornstein in later years. In The Long Night he said: “The secrecy of the extermination system was part of the devilish method through which humankind was enslaved step by step, and so every possibility of collective resistance was eliminated.”

From today’s perspective these events are hardly believable; but I hope, with the publication of this book, that this question will be answered, at least in part. It is not a collection of the worst experiences of the Jews; it is a portrayal of day-to-day Jewish life in the years 1939–1945.

This account should enable the reader to feel the situation in which the Jews found themselves and to understand their responses. In none of the camps through which I passed were there gas chambers in which women and children were gassed. Even in our camp that was less than one hundred kilometres from the extermination camp Auschwitz, everything was so veiled that it took us more than a year before we understood that, not far away from us, masses of heaps of men, women, children and elderly were gassed and burnt daily. The secrecy of the extermination system was part of the devilish method through which humankind was enslaved step by step, and so every possibility of collective resistance was eliminated. Even so, in hundreds of cases, individuals and groups bitterly resisted either with weapons or with bare fists, but from the beginning this was futile and led only to death.

I portray a chronicle of events that happened in a century in which animal protection was vigorously promoted
and demonstrations against the use of rabbits for vivisection took place. In the same century, in the same society, a murder machine was operated, whose wheels were apparently silently grinding so that even sensitive ears were not disturbed.”