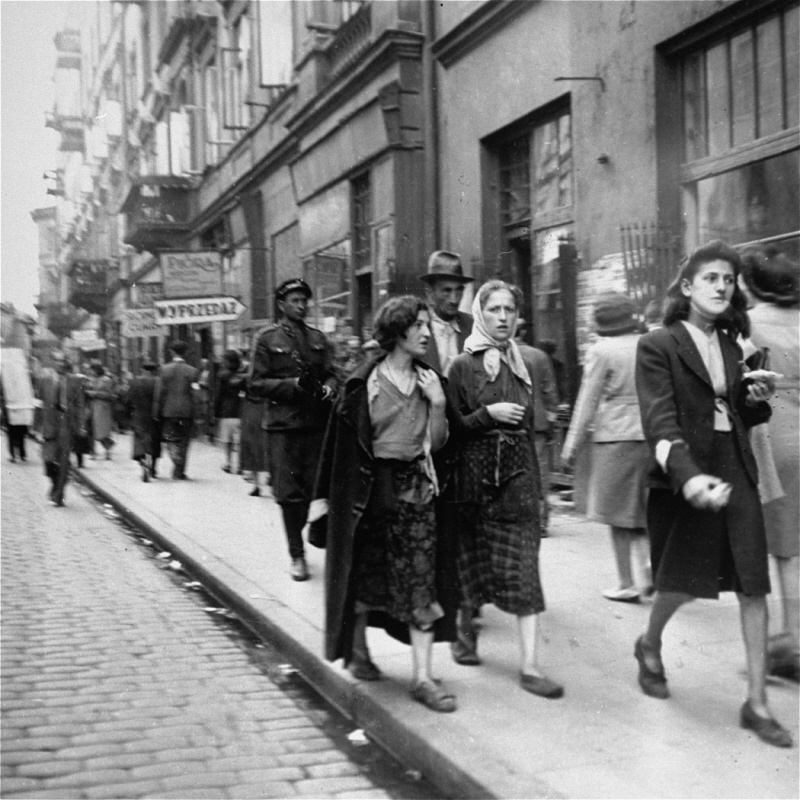 Jews with white armbands with Star of David in Warsaw ghetto. Heinrich Joest, German army sergeant during World War II photographed the Warsaw ghetto. Joest’s caption reads: “I took this photo because it seemed so normal to me. In the middle was a Polish officer. If it hadn’t been for the white armbands with the Star of David, one could have taken a similar photograph in any city in Poland at that time.” [United States Holocaust Memorial Museum] September 19th 1941

“In the autumn of 1939 the first repercussions of decades of constant black propaganda against the Jews manifested in decrees and restrictions succeeded one another. Yet we still would not come to terms with the first measures: as for example the wearing of a white armband with a yellow Star of David or the ban to visit certain
streets and places. There then followed the ban not to use the train, the expulsion from the schools, and the order by punishment not to leave the flat.

Life continued, even though shops and flats were dispossessed, even though huge sums of contribution monies were collected, and gold, jewellery and furs and radios had to be handed in. The Jews were gradually locked away for the time being in a large ghetto. Life carried on, despite the daily degradation to carry out demeaning jobs for the police and army from which one would often come home beaten and bleeding. It carried on until the abduction to forced labour camps. The final stage was then the ‘Final Solution’ of the Jewish question, that is, the death in the gas chambers in Auschwitz.”