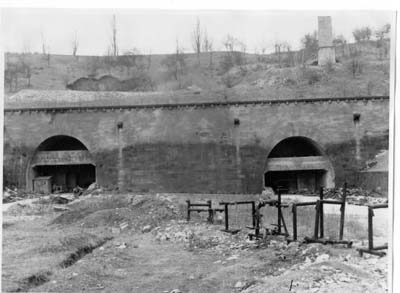 “I arrived in Leonberg in March 1945. It was snowing and raining when they unloaded us from the cattle trucks in Leonberg Railway Station. For the first time since I left the death camp of Flossenbürg, I dared to hope that I would live to see the day of my freedom. I marched on wobbly legs from the station in to the camp. It was night when we arrived in the camp, shrouded in our blankets. Our despair and our fears that we would be destroyed (for this is what often happened to transports of skilled workers) were allayed when we arrived. We asked if they had a crematorium. “No”. We breathed a sigh of relief. The Appellplatz was small. The camp consisted of walled houses rather than barracks. The rooms were filled with bunks made with planks, and we, the new arrivals, were herded in. We were desperate for a drink of water, but this was forbidden because dysentery and typhoid were rife in the camp. The camp administrators and SS wanted to ensure that this epidemic did not become widely known. They tried to keep the camp going so they could keep their posts and thus avoid being sent to the battlefront.”
IllnessLeonberg campSurvivalTransport