“The German invasion of Poland was completed quickly. The German occupying army tried hard to restore daily life. However, some restrictions on Jews were imposed: we were banned from leaving our home at night, and prohibited from assembling for prayer or for any other reason. The synagogue was locked and Jewish pupils were excluded from all schools where normal lessons were taking place.

Increasingly and ruthlessly, we were made to do all kinds of work. Men were forced, especially on Shabbat and on the Jewish festivals to work. One day, on Yom Kippur, our Day of Atonement, our holiest of days, I was taken with many others to work, unloading coal at the railway station. On this, our most sacred fast day, we were herded into the wagons that were guarded by two young soldiers. The coal dust burned our eyes and dried our mouths but they did not allow us to leave the wagons for a drink. We were unaccustomed to heavy manual labour, and, as our hands burned from the shovelling, one of the young soldiers who was good-natured allowed us to take a break. 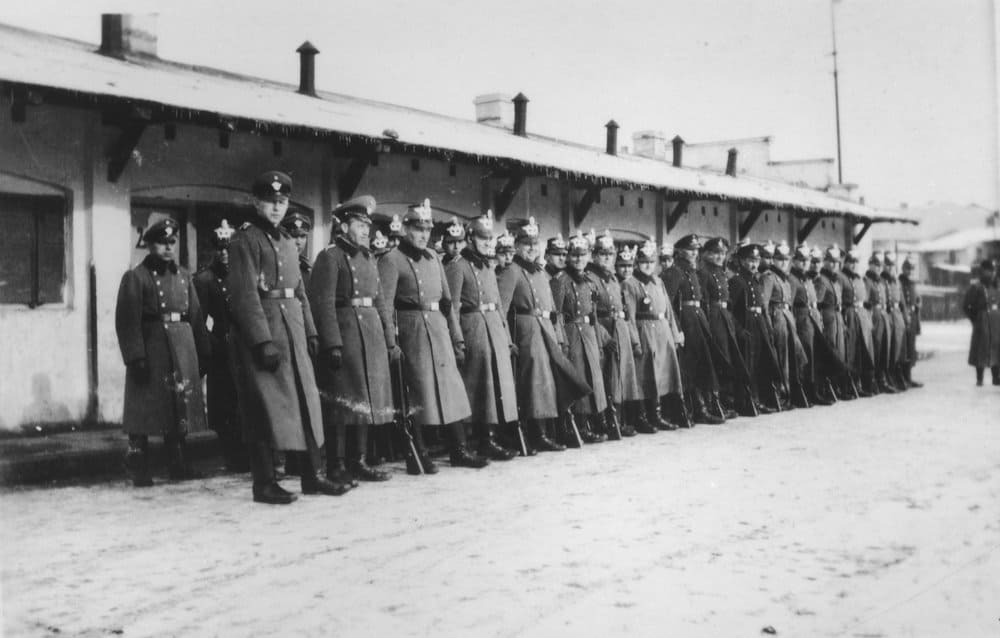 However, when his much stricter superior appeared he conformed to his more severe attitude. This bullying made our situation abundantly clear. Still we wanted to try and emigrate. We contacted different consulates and for a while nourished hopes which then tragically faded away. On the whole, we submitted to the deceptive judgement that the war could only last a few months. Once the war was concluded there would definitely be the possibility of emigration. So we exercised self-control, despite the tyranny and deprivation of our rights, and understood they would only last as long as the war. We really did believe that the work we were forced to undertake by the occupying forces would be the worst that could happen to us and when necessary must be patiently borne.”