Born in Poland 1878 as Henrky Goldszmit, Janusz Korczak was a paediatrician, author of children’s books and a pedagogue. During the Holocaust, he refused sanctuary multiple times in order to stay with the children of an orphanage he both was director and founder of, Dom Sierot.

Korczak stayed with the children throughout their transportation to Treblinka extermination camp, and is thought to have met his death there with 12 members of Dom Sierot’s staff and next to 200 orphan children.

Throughout this piece, we will be exploring the life of Janusz Korczak, and the role he played throughout the Holocaust, in the following four sections: 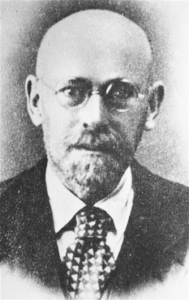 As previously mentioned, Janusz Korczak was born in Poland, 1878 Henrky Goldszmit, later becoming known under his literary pseudonym Janusz Korczak. Korczak was born into an assimilated Jewish family, and when his father died in 1896, became the soul breadwinner for his family, which at that point included his mother, grandmother and sister. Growing up with such a care-giver role undoubtedly had an effect on Korczak’s caring and protective nature, that of which carried on to the end of his life.

During 1898 Korczak first used his pen name for which he later became known as, Janusz Korczak, in a literary contest called the Ignacy Jan Paderewski. In the same year he enrolled in a medical degree at the University of Warsaw in Poland, where his family were from. After graduating, Korczak then began a career as a paediatrician in a hospital.

A year into his profession as a paediatrician, Korczak then served in the Russo-Japanese war as a doctor for the military. He served in this role until 1906 after realising his true passion as an educator, and felt he could more effectively leave his mark on the world through these means instead of the medical field. 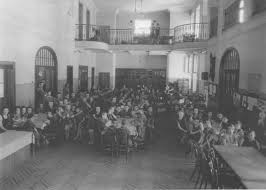 In 1911, Korczak then founded Dom Sierot, an orphanage in Warsaw, Poland. The educator was the director of the orphanage up until his death, and enlisted the help of Stefania Wilczyńska, who had the title of Deputy Director and House Mother in the Dom Sierot Orphanage.

During his work with the orphanage, Korczak helped the children to make their own newspaper (editing this before publication), which became part of the Nasz Przeglad, a popular Polish-Jewish newspaper at the time. This newspaper was called the Maly Przeglad (or “The Little Review”).

Korczak was able to write more than twenty books focused primarily on children’s rights and their experience of life in an adult world. His most renowned texts are the following: How to Love the Child (1921), The Child’s Right to Respect (1929) and Rules for Living (1930). 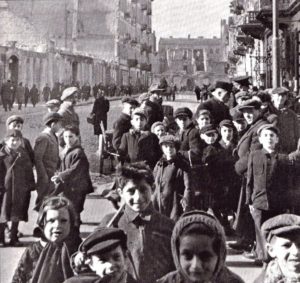 When World War II broke out, Korczak showed interest in becoming a volunteer in the army of Poland, however was too old to enlist, and therefore stayed with his children at the orphanage. The number of children in Dom Sierot drastically increased during these early stages of the war, having an obligation to take in children who had lost their parents to the bombings.

When the Warsaw Ghetto was established in 1940, Korczak’s orphanage was forced to move into it. Although being offered places of refuge outside of the ghetto, Korczak refused to leave his children, and begged daily for such living essentials as food, water and clothes for the orphans during these severe, inhumane conditions the Warsaw Ghetto had created.

Despite his poor health conditions, Korczak put all his energy into bettering the lives of his children from within the Warsaw Ghetto. He was offered shelter many times, by such aid groups as Zegota (the underground Polish resistance group, dedicated to helping Jewish people throughout the war in Poland during German occupancy). Every time Korczak was offered shelter, he would refuse it, saying that he could not abandon his children.

Even during the trying times in the Warsaw Ghetto, Korczak still attempted to run the orphanage as it was before both the war and the establishment of the ghetto. The educator would continue to organise plays and concerts with the children that attracted all sorts of people from within the surrounding area.

In addition to this, every Saturday after the director of Dom Sierot and his members of staff had their weekly educator’s meeting, Korczak would tell a story that the children had chosen for him to read. Korczak tried his very best to keep the children educated throughout their time in the ghetto, striving to instill within the orphans the values of honesty and truth in these trying times.

During his time in the Warsaw Ghetto, Korczak would also keep a diary with extensive notes in his observations, thoughts and ultimately, his experience throughout. This diary was later published in 1958.

How Did Janusz Korczak Die?

At the start of August 1942, the Nazi German soldiers visited the Warsaw Ghetto to collect the children of Dom Sierot. They were to be taken to the extermination camp Treblinka. Despite, again, being offered shelter and refuge from this end multiple times, Korczak refused, claiming that he had to stay with his children, and that he could not abandon them in their time of need.

During the start of August 1942, in the midst of phase two of the Final Solution, Korczak was taken along with the near 200 children of the orphanage to Treblinka death camp, with his co-director Stefania Wilczyńska and around 12 other members of the orphanage’s staff. It is here that they all met their deaths, in the gas chambers of Treblinka camp.

Korczak wrote an apt note in his diary, later published as Ghetto Diary, reflecting on his life; it stated that “My life has been difficult but interesting. In my younger days I asked God for precisely that.”

Korczak was a humanitarian, passionate about bettering the lives of the future generation through education, great care and profound compassion.