Famous Holocaust Sites You can Visit Around The World

In this guide, we provide you with information on some of the most well-known sites of the Holocaust which you can visit today including:

The Holocaust is one of the most unfathomable events in human history. Many say that it can never truly be appreciated or understood until you see some of these sites for yourself. It is also important to further educate yourself on the atrocious which were allowed to happen during this time, and what better way to visit the places where they took place. 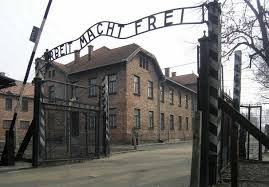 Probably the most famous site is Auschwitz near Krakow, Poland. Auschwitz was a network of Nazi concentration camps and multiple extermination camps; this may come as a surprise as many believe Auschwitz to be a singular camp.

In reality, “Auschwitz” was split into Auschwitz I, which was the building mainly holding political prisoners, and Auschwitz-Birkenau, which was a combination of a concentration camp and an extermination camp which held predominantly Jews, as well as homosexuals and gypsies.

A visit to Auschwitz can put things into perceptive. The sheer scale of the camp will act as a reminder as to how real and how terrible the Holocaust was. The long train track upon arrival and the outline of the building can bring on shivers. You can go on guided tours of Auschwitz, which are both harrowing and informative.

If you do decide to go with an organised tour, you will have with you an expert guide or survivor, all the information and personal uncovered stories you need to further your understanding of the atrocities that took place there – along with transport between the different parts of the camp as they are actually relatively far away from each other.

Parts of Auschwitz, such as a number of the infamous gas chambers, were destroyed by the Nazis upon learning they had lost the war. Other parts remain intact, such as the dormitories known as barracks and the wooden shelves where people slept and thousands of prisoners were held in small spaces. Other features include the clock towers, the trains, train track and prison cells.

Auschwitz is notorious for the long train track that leads into the site:

At Auschwitz Majdanek, a separate site, much less has been destroyed and supposedly, it can be functioning and operating ‘within a day.’ Visitors can see gas chambers, barracks, crematoriums and a huge mountain of ashes – all located within suburban Kravow (the site is overlooking flats and residential homes). 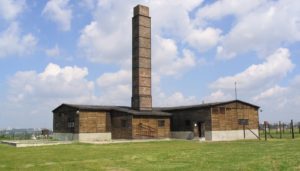 Auschwitz also features exhibitions which honour famous Jewish people as well as ones which display the actual inmate’s possessions, hair and millions of shoes – there is even a cabinet dedicated to prosthetic limbs taken from prisoners upon arrival in the camp.

In the heart of Amsterdam, Holland is Anne Frank’s house and her family lived in hiding during World War II to avoid persecution. Living with them there was a family called the van Pels and later, a man called Fritz Pfeffer joined the two families.

Anne Frank is famous for keeping a diary during her time in hiding, documenting her thoughts and feelings, which were at times surprisingly and endearingly optimistic.

Tragically, the group’s whereabouts were told to the Nazis and this betrayal resulted in their transfer to concentration camps. This sort of betrayal was very common in Nazi-occupied areas and unfortunately led to the death of so many Jews and other persecuted groups. Anne died in Belsen in 1945, just days after she found her sister Margo had died of disease, but her diary was discovered and published by her father, Otto, who survived the Holocaust.

Her house is now a museum which is hugely popular. Visitors are able to see the moving bookcase which they lived behind, walk through the cramped secret annex and see the conditions they lived in simply to survive. The museum has collected various objects and photographs which belonged to the Frank and van Pels family and the original of Anne Frank’s diary is on display to see. 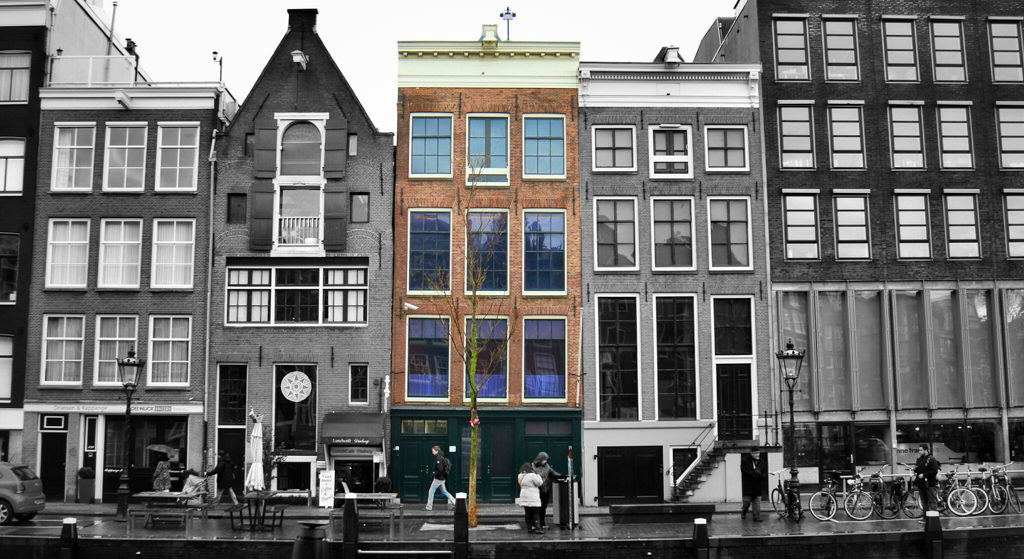 The Holocaust Memorial, also known as the Memorial to the Murdered Jews, situated in Berlin is dedicated to commemorating the genocide of the Jewish people as directed by the Nazi Party.

It is presented with thousands of concrete slabs, over 6 feet high and positioned like dominos at different levels, to give perspective, turbulence and uncertainty. It is a place of contemplation, remembrance and also warning. 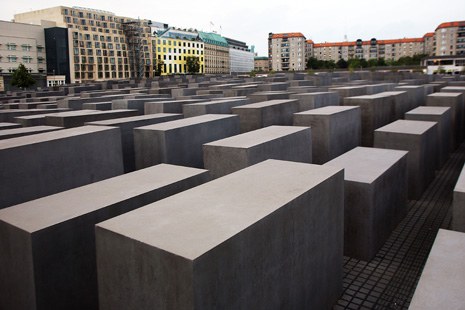 You can visit the site of Oskar Schindler’s factory where he employed Jews, offering them protection from the Nazi Party’s hunt. Schindler was a German Businessman living in Krakow, Poland.

This was not a hiding situation, the Nazis actually knew that he was employing Jews, but he had a good relationship with the SS and claimed he needed them because they cost less and their labour was “necessary for the German war effort”. As a result, thousands upon thousands of Jews which worked in his factory avoided being transported to extermination camps.

His former-factory has been turned into a museum open to the public. The museum is dedicated to educating people on the wartime experiences in Krakow under the five-year Nazi occupation during World War II.

In addition, parts of the museum are dedicated to Schindler and the workers he housed. The rest of the museum shows pre-war Krakow, the turn of the German invasion in 1939, Krakow under Nazi occupation. It also details everyday life of locals, family life as well as the resistance movement and it ends with the Soviet capture of the city. 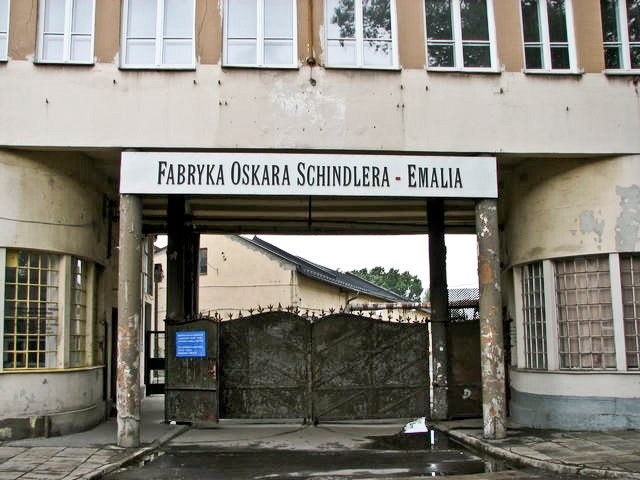 In the Holy Land of Jerusalem, you will find Yad Vashem which translates to ‘the hand of God.’ It is a huge and very impressive museum which is a living tribute and memorial to the victims of the Holocaust, who did not receive a burial.

There is a side dedicated to children of the Holocaust which is complete darkness – highlighting that as children, we do not see things clearly.

The site is modern and shows very impressive architecture and creativity. There is also a very historical aspect to the centre, which is highly educational. 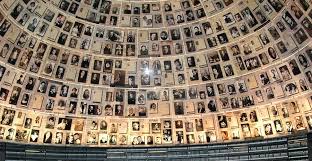 Warsaw in Poland was home to the largest and deadliest Nazi-cultivated Ghettos in Europe. Ghettos were segregated areas where Jewish people were forced to live when under Nazi occupation.  At its highest capacity, the Warsaw Ghetto housed an estimated 380,000 people, which works out to about 8 people per room.

Today, you can visit the site which is commemorated by “The Footbridge of Memory”, which was the bridge which linked the two smaller Ghettos together at the time.

Pictures of the victims are displayed on the buildings for you to see as you walk down the streets. 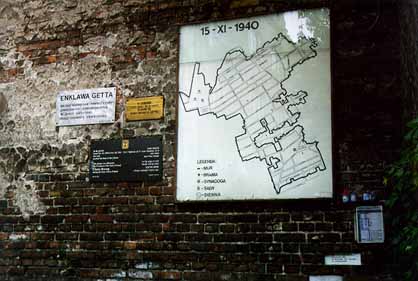