Who Was Oskar Schindler?

By Daniel Tannenbaum20th May 2019Uncategorised
No Comments

Oskar Schindler was an industrialist and businessman who is best known for saving the lives of over 1,200 Jewish people from being deported to Auschwitz, the largest concentration camp in Nazi Germany, during the Holocaust. His story has been shared across the globe with the help of Thomas Keneally’s 1983 novel Schindler’s List, which was later adapted into a popular film by Steven Spielberg and played by Liam Neeson. 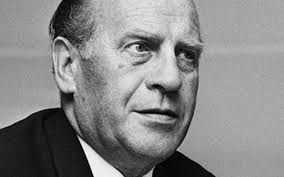 Not only is Schindler renowned for his heroic actions throughout the Holocaust, few people know that he was part of the Nazi Party and used his position to save people. Schindler had been known as a wealthy industrialist and someone who liked the finer things in life, but the factory owner and businessman emerged from the end of WWII as a war hero and continues to be known as one of the greatest savers of the Jewish people and a Righteous Gentile.

How Many Jews Did Oskar Schindler Save?

Oskar Schindler saved around 1,200 jews from an inevitable death at Auschwitz. Today, the combined relatives of the Jewish survivors has been cited at 7,000 descendants, but may be closer to 8,000 or 9,000 across the US, Europe and Israel.

Through this article, we will be exploring the captivating life story of Oskar Schindler, focusing on the following topics:

To learn more on the Holocaust through informative pieces like this, read about other Holocaust topics.

Oskar Schindler was born in Svitavy, Eastern Czech Republic on the 28th of April 1908. He was raised in Germany as a Catholic and married Emilie Pelzl in 1928 with whom he had two children; Emily and Oskar Jr. He attended a list of various different trade schools in the city of Brno, Czech Republic and had numerous different jobs in his youth from founding a driving school to serving the Czechoslovak army.

In 1936, Schindler started to work with the Armed Forces of Germany, and three years later in 1939 joined the Nazi Party. In the same year, Schindler moved from his hometown of Svitavy to Krakow in Poland, following Germany’s invasion and occupation of the country. It was here that Schindler started to acquire various different businesses that were previously owned by Jewish and Polish businessmen.

During November 1939, Schindler bought an enamelware manufacturing company, which he later transformed into the famous Emalia, which became the exact location where he protected of over 1000 Jewish people.

Also known as the Deutsche Emalwarenfabrik Oskar Schindler, translated into English as the ‘German Enamelware Factory Oskar Schindler’, Emalia was the only business Schindler owned that hired Jewish people. Although ‘hired’ may not be the correct term for this; Emalia had saved over 1000 Jews from the ghetto of Krakow as forced labour.

Rather than facing an inevitable death in Auschwitz, following the liquidation of the Krakow ghetto in 1943, Schindler convinced Nazi personnel that he needed Jewish labour for his factory, sometimes paying huge sums to the Nazis to allow this. 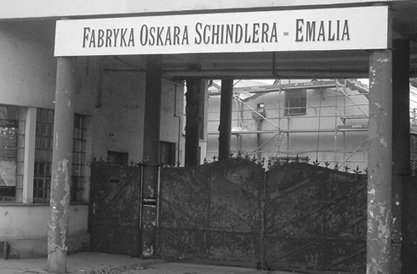 In 1943, following the SS’s re-development of Plaszow into a new concentration camp, Schindler used his status and persuasion to turn Emalia into part of the camp. This prevented all of Emalia’s Jewish workers from being subjected to worse conditions, and also gave another 400+ Jews to live in this factory as well.

Schindler’s attempt at helping his Jewish workers did not go unnoticed by the SS, and led to numerous investigations into the factory owner that resulted in three separate arrests. However, the German authorities were never able to provide sufficient grounds to charge him, meaning he walked free every time.

Amongst Oskar’s 1000 + Jewish workers was Rena Finder. Finder was one of, if not the youngest Jews working for Schindler’s Emalia, and has recently been interviewed by Time about her experiences. Finder explains that she felt taken care of by Schindler whilst working in Emalia, claiming “I remember I had pneumonia, and I stayed in the clinic for three days. If I got sick in Plaszow they would have killed me. If you stayed in the clinic there for more than a day, they’d shoot the patient. That didn’t happen in Oskar Schindler’s factory.”

Through Emalia, Schindler was able to protect the lives of many vulnerable people like Rena Finder, who claimed that “He was sent by God to take care of us”.

The Nazi Party relocated the Jews who worked in the Emalia factory to Plaszow in 1944. Schindler’s care for his employees fuelled his own relocation to Moravia, Czech Republic where he drew up a list of 1200 of the relocated Jewish prisoners that needed to be transferred to his new business.

This list later became known as the famous “Schindler’s List”, which became a symbol for his success in acquiring the relocation (and further saving) of around about 800 men and 400 women from the Plaszow concentration camp. Schindler’s relocated factory dealt in the production of armaments.

Schindler’s Emalia helped save the lives of over 1000 people from transfers to the concentration camps, where they were sure to meet their deaths. When the Soviets liberated the Plaszow camp, Schindler left his factory, and relocated to Regensburg in Germany with his wife.

After Oskar and Emilie’s relocation to Germany, they then later moved to Argentina, and in 1957 separated. Schindler came back to Germany after the separation where he lived out his final years, dying in 1974 at the age of 66. His Christian burial also includes hebrew writing which mentions that he saved 1200 Jews and has had stones added to it by visitors of the Jewish faith as a sign of respect. 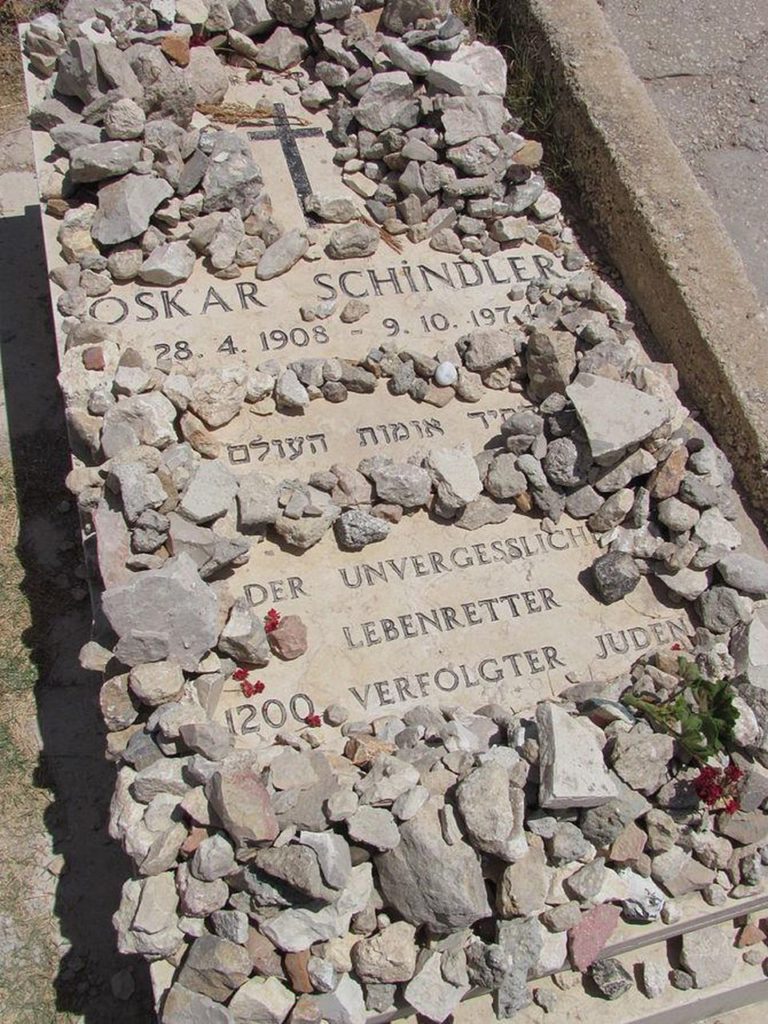 Although globally well-known today, Oskar Schindler died relatively unknown, it was only in 1993 that his part to play in the war started to be recognised. Yad Vashem, the World Holocaust Remembrance Center in Israel, awarded the Schindlers a Righteous Among the Nations title.

In the same year, the United States Holocaust Memorial Council offered its Medal of Remembrance to Schindler. The Medal of Remembrance is presented to those who accomplished incredibly noble acts throughout the course of the Holocaust. Oskar’s ex-wife accepted this medal on the deceased Oskar’s behalf.

Today,  Schindler remains to this day a hero of World War II, saving the lives of many Jewish people throughout its mass genocide.