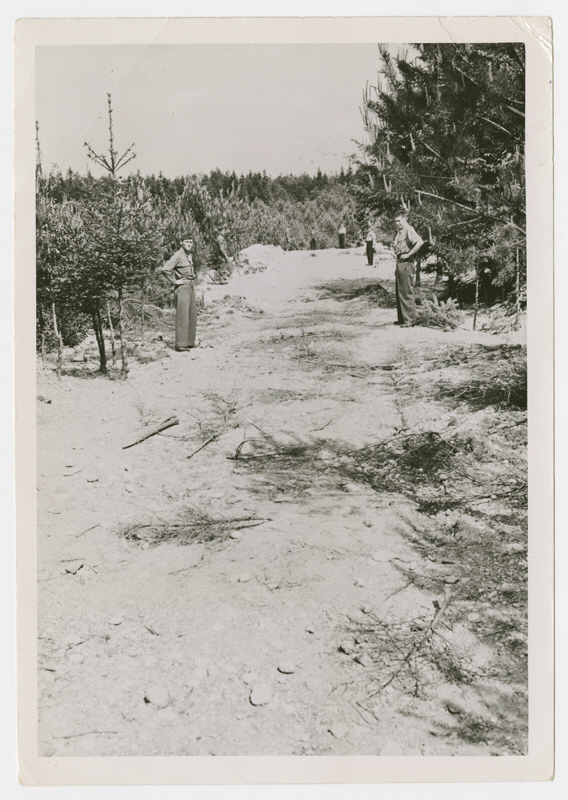 “Since the camp was not closely guarded we toyed with all kinds of ideas about plans for our escape. Our camp was joined by a women’s camp; we were astonished that “elite” inmates from our camp could go in and out. From this we could hardly fail to conclude that security was unusually lax. Our thoughts of escape began to take shape. The fear of another transport inspired the boldness of our plans. A quick escape might finally end the interminable, debilitating waiting. Schlamek Metz was an enthusiastic supporter of our plans but at the same time he said that under all circumstances he must take his father with him as he had taken him everywhere and looked after him until now. So we began to examine our planned escape in more detail. The best prospect of success appeared to be from the side of the camp directly into the forest. If necessary we could either cut through or dig a hole underneath the wire fence. We decided that when it next rained during the night we would steal silently past the guards, slip through the fence, and make our way into the forest. We were all too weak to attempt anything heroic; but time pressed on, and we did not have very long to think about it. We were able to “recuperate” for two weeks. Then one day we were ordered at Appell not to go to work but instead march to the station where a goods wagon awaited us. So it was not liberty that greeted us, nor our longed-for escape, but instead, once again, the hated and feared transport.”