Gena Turgel (maiden name, Goldfinger) was born in Krakow on the 1st of February 1923 and died on the 7th of June 2018. She was a Polish author, educator and Holocaust survivor. 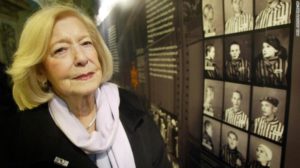 Turgel was born as the youngest of nine children to Samuel and Estera Goldfinger, who both ran a small textile business. Turgel lost her father at a young age and was brought up mainly by her mother.

The Nazis invaded Poland in 1939. When this happened, she and her family were ordered to give up all of their worldly belongings to the SS and were told to live in a ghetto. She lost various family members to the SS during their time in the ghetto. One of her brothers was shot dead by the SS, another one of her brothers managed to escape the ghetto but was never seen by any of the family after that.

One of her sisters and husband were executed by gun shot after they were caught by the SS trying to smuggle in food to the Plaszów labour camp. This is the labour camp that Turgel was transferred to before being forced to march to Auschwitz-Birkenau in the year 1944. Only months later, she was forced to embark on a “death march” to Buchenwald before she was finally sent to her final destination in the regime, Bergen-Belsen. 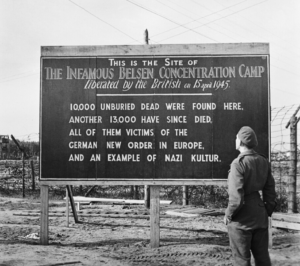 Here, she managed to survive until the camp was liberated and lived a full life beyond that. She also noted that she nursed a dying Anne Frank at the concentration camp.

After liberation, she married a British soldier called Norman Turgel. She was dubbed by the British press as the “Bride of Belsen” and her wedding dress was made of a British army parachute silk – this can be visited in an exhibition in the Imperial War Museum in London. 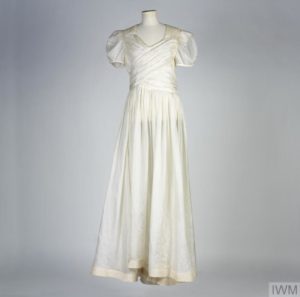 engagement, Norman asked permission to have a party held at Belsen and was granted permission by Major Leonard Berney, who was the commander of the Bergen-Belsen Displaced Persons Camp.

In 1987, she published a memoir called “I Light a Candle” in which she tells of her experience of the Holocaust and what she had to do to survive it. She also speaks about how she met her husband, which has been claimed to have been love at first sight. The memoir is named so as Gena still lights a candle for her three brothers and two sisters who perished at the hands of the Nazis.

She also dedicated her life to educating British school pupils about the horrors of World War II and the Holocaust.