“Spring of 1940 revealed its first bloody traces. In one night, twelve people, mostly young men, were arrested, immediately disappeared and were never heard from again. It was rumoured that for the sake of security the German officials wanted old communists in their safe keeping. There were only a few old communists among
those who were arrested. Our neighbour, Yehuda Grünkraut, was woken that same night by the Gestapo. He had to dress hurriedly and go with them. Grünkraut was an active member of the Zionist movement “Bejtar”, a right-wing nationalist party. Grünkraut’s arrest could be traced back to a denunciation. In general, denunciations
became more common and Poles were the main perpetrators. The Poles announced themselves to the Gestapo as “Volksdeutsche” and presented themselves as eager helpers. They willingly volunteered lists of names to prove their commitment. People in whom the Gestapo had no interest were frequently arrested merely because
their name appeared on these lists. After a few weeks Grünkraut’s parents received a parcel of clothes and the news that their son had died from heart failure.” 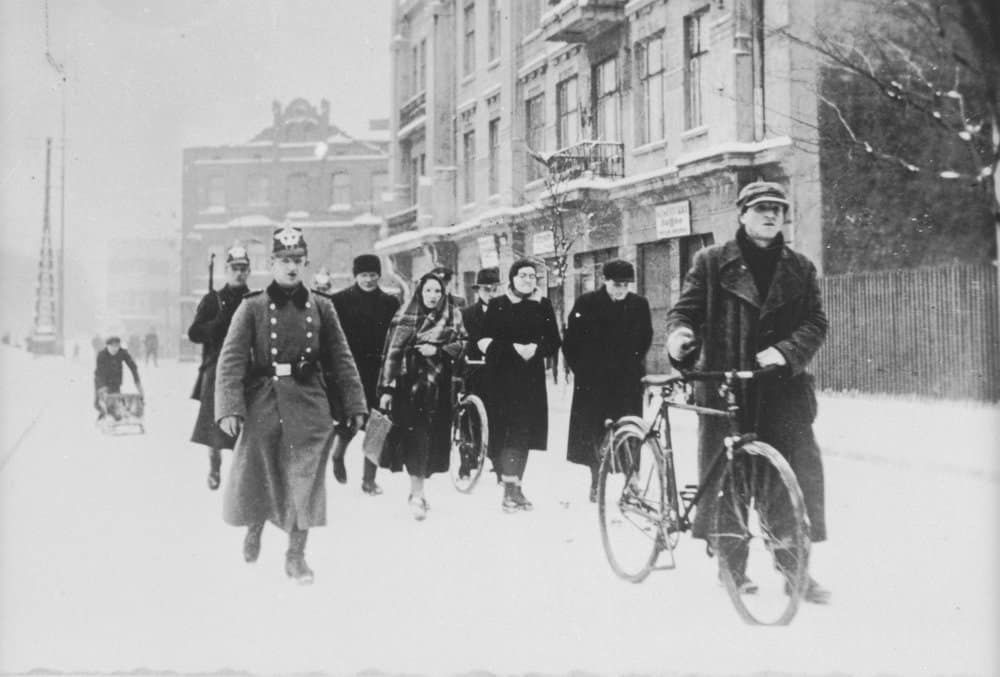