Sniffed out – fatal error of hiding 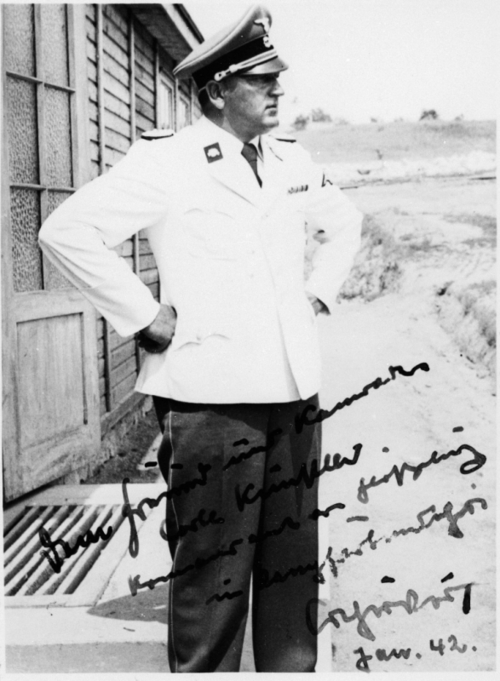 “Suddenly the dogs began barking and used their paws as they first began to scratch and then tried to push aside a manhole cover. Inmates were forced to uncover the opening. Then the SS shone a torch into the hole. They sniffed out their intended quarry after a brief search. They screamed in jubilation, “We’ve got them! We’ve caught some of the pigs!” The Kapos stepped forward and insisted that all those in hiding reveal themselves. At first they were indistinguishable figures, but as they emerged from darkness into the daylight I recognised among them the friends for whom I had been searching. For a moment, I felt as if I had been enveloped in darkness. My friends from Fünfteichen stood before me: Kolatacz, Schabse, Jakob Bloch and two others. It was only in that moment I was able to make sense of recent apparent changes in the demeanour of my friends upon whom I had always been able to rely. I remembered my friend Bloch’s words, the veiled hints that from that moment I had to fight for myself, there was no one else on whom I could depend. They were words of parting and farewell, because either he could not or did not want to include me in the plan to go into hiding. Perhaps the hole was so small that the number of accomplices and accessories had to be strictly limited. I knew I could never discover his motives for excluding me from his secret plan. As soon as they emerged from their hole, which had become their trap, first they were beaten by the Kapos and then the SS set the hounds on them. These howling dogs leapt upon the victims and tore them limb from limb. Their doubled-up blood-soaked bodies lay together in a moaning, twitching heap…

… Those were my last hours in Grossrosen. I lost my best friends. Images of unforgettable horrors were etched forever into my soul. Broken, and filled with painful, insane, tortured thoughts, I slowly marched out of the camp gate. Without thinking, I took my place the column as we marched five abreast.”