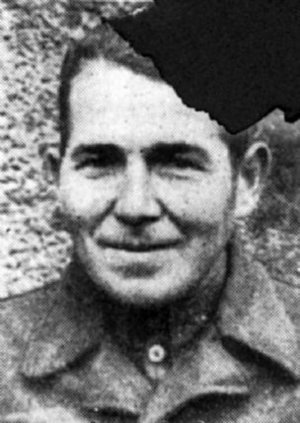 Secret trysts for a few

Johann Schnster, who was an SS guard at Fünfteichen [Yad Vashem]

“Although it was forbidden, many of the camp personnel, Block Elders and Kapos had girlfriends among the women and assistants who worked in the SS laundry. This was silently tolerated, particularly because a few SS people and camp leaders imposed themselves on Jewish girls. In Fünfteichen concentration camp contact with women was impossible. Some camp personnel were favoured because they lived separate from the other inmates in another part of the camp in a block that was comparatively well-equipped. It was not always occupied because the personnel worked in shifts in the kitchen, bath area, etc. The shower room was at the disposal of the night shift when they returned each morning from their work. There was nothing to obstruct contact among the men in the showers or the sparsely occupied dormitories.

Homosexuals were able to pursue their inclinations without being disturbed. I learned about this from some of the inmates who enjoyed a comparatively more favourable position in the camp. They chose young boys from among the inmates and allocated them to positions in the camp that secured for them a tolerable life. Some of the Camp Elders had favourites who had been appointed to these posts in this way. It was only in the grounds of the factory and very rarely that we caught sight of a woman. Sometimes the inmates resorted to curious ways and detours in order to approach a woman with being disturbed. This is how I came to witness one episode of lovemaking. A Kapo from our hall who was a gypsy made a rendezvous with a Belgian girl. He took her into the ducting for electric cables that was located beneath the factory floor. Here he confided his secret to me and asked me to stand guard at the entrance to the ducting. If anyone approached I was to quickly switch the light on and off. All went extremely well. Occasionally he would use me as an intermediary to give the girl parcels of bread in gratitude.

There were only a few such brief, “private” moments. Of course most inmates did not give a moment’s thought to problems of this kind. Whoever was hungry or weak had plenty to worry about: to calm a rumbling stomach and to take care he did not get caught “organising” food. They needed all their strength to secure their most basic needs. The only plans we made were to escape, we were not interested in lovemaking.”