Renee Bornstein survived the Holocaust by hiding in barns, farms and convents. A resistance worker who took Renee to one of the convents, Marianne, was murdered by the Gestapo. 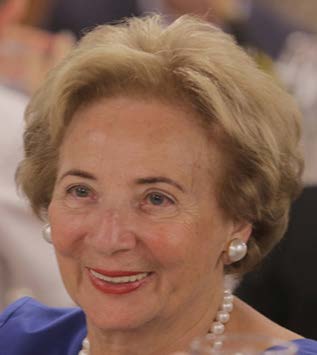 ‘When you are in hiding and when you are arrested, you live in fear and confront death every day. How could I be a child again?’

My name is Renee Bornstein, née Koenig. I was born in Strasbourg, France in 1934. When I was five years old, I moved with my parents, my older sister, Helen, and my younger brother, Joe, to the small town of St Junien, in the south west of France.

When the Nazis occupied France, life for Jewish people like us became more difficult. Our daily life was restricted and people started to vanish. Whenever my parents heard the Nazis were about to search the village, my parents would rush us from our beds to hide in barns, farms, convents and even the cellar of a local chapel. Can you imagine how it felt, as a child of just eight, huddled in a dark attic or a barn, unable to make a sound? Even a creak in the rooms above or below meant the possibility of discovery, or even betrayal.

As the Nazi regime tightened its grip over occupied France, it became clear to my parents they could no longer rely on this plan for survival. They made the agonising decision to send us to Switzerland without them. We were given false papers and joined with other so-called non-Jewish children; the story was we were going to a holiday camp to escape the bombing.

We were hidden in a Catholic convent in France for two weeks. I was very frightened and I missed my parents desperately. I refused to eat and could barely sleep. I kept close to my brother and sister. One day I remember peering through a crack in the window to see SS officers milling around on the street below. For years afterwards whenever I saw a man in uniform, it would send shivers down my spine.

From there we were taken by train to Lyon and hidden in another convent, before heading to a secret crossing point at the Swiss border. It was a tense journey. Nazi officers prowled the crowded carriages. The Gestapo were everywhere.

Near the Swiss border, our group was joined by a Jewish Girl Guide and French Resistance worker, Marianne Cohn. She organised a lorry to take us to our destination. In the lorry, my sister Helen swallowed the Swiss money my parents had given us in case the Nazis found it.

Discover the story of Ernst Bornstein, Renee’s husband, and his book The Long Night: holocaustmatters.org As we approached the border a lorry of Germans appeared with barking dogs. A boy from our group tried to escape, but was thrown back into our lorry. He cried out: ‘I’m not Jewish! I’m not Jewish!’

Marianne and the lorry driver repeated our story of the holiday camp. They left us alone, but when we arrived at Pas De L’Echelle, a French village near Geneva, they returned. The German officers asked endlessly ‘Are you Jewish? Are you Jewish?’ We said no but it made little difference; we were sent to Prison Du Pax in Annemasse, France. As we arrived my sister said: ‘You no longer need to save your dress for Shabbos, because we are all going to die.’

After a few days, we were taken by the Gestapo chief commandant Meyer and his associate to a big, empty room for questioning. There was a boy lying down, curled-up on a plank. He had been beaten. I still remember his face and his name: Leon Sonnstein.

Meyer pointed his gun at our faces. He said: ‘If you don’t tell the truth, you will be beaten like him. Are you Jewish?’

Again and again I said no. I told him my name was Renee Blanchee. I gave a false address and I made up names for my mother and father. Eventually, he let us go and we returned to our cells.

Every morning Marianne was taken for questioning, every evening she returned with a red and swollen face. She was subjected to hot and cold baths and other torture. Her face became deformed. She had the opportunity to reveal our true identities and save her own life, but she never took it. Eventually, she was murdered by the Gestapo. A school in Annemasse, France was named after her; a tribute to her bravery in saving two hundred children.

In August 1944, about two weeks after our arrival, the Lord Mayor of Annemasse negotiated our freedom. Members of the underground movement ‘Le Maki’ took us to a Red Cross refugee centre at the Carlton Hotel in Geneva and after three months we were returned home to our parents. We had been apart for six months. My parents survived by going into hiding.

I lost my childhood. I never learnt how to be truly carefree.

I married a concentration camp survivor, Ernst Bornstein. We lived in Munich and had three children. When he died in 1978 we moved to Manchester. With the warmth of the Manchester Jewish community, we were able to heal and I was proud to bring my children up with Jewish identities. Manchester is my home now.

Through my children and grandchildren, I found joy in life again. I am a child of the Shoah. My family is my victory.