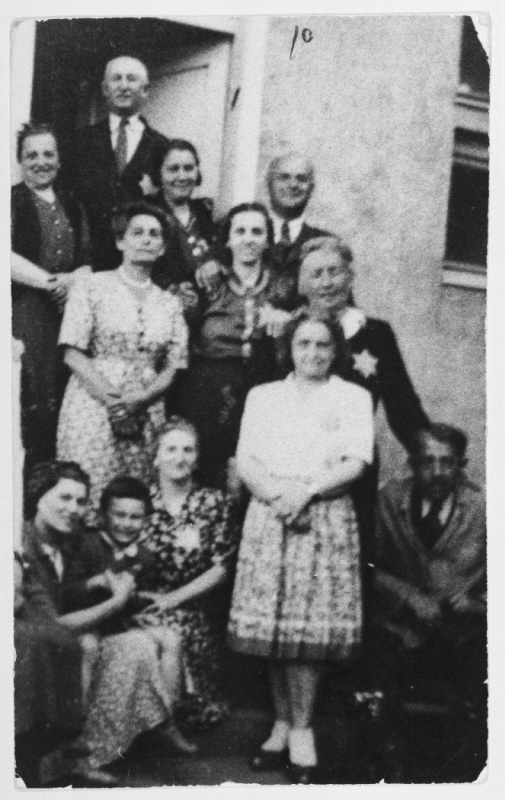 A group of Hungarian Jews, some wearing the yellow star, pose on the steps of a building in Pecs circa April 1944 [USHMM courtesy of Suzan Devai Doczi]

“The old prisoners had the best of everything, but that was nothing new. As new arrivals we were last in line when food was distributed, first in line for the most difficult, dirtiest work, first in line for extra duties, and had to make do with the least favourable spaces in which to sleep. However, there were other reasons why we were openly discriminated against which only made sense if one understood the enormous gulf that separated us from Hungarians Jews. It was a gulf that arose both from the fact that we came from different countries, but also from our very different experiences. Polish Jews had been deported and many of them murdered long before Hungarian Jews were deported to the concentration camps in Spring 1944. Those who remained alive languished in the few remaining ghettos and concentration camps. For three years Eastern and Western European Jews endured inhumanities under German occupation until their “Judenrein” campaign (literally, to make Europe empty of Jews) was implemented and they were finally murdered in what was called the Endlösung (Final Solution). However, during these three years the Hungarian Jews lived as free people. It was only in Spring 1944 that Eichmann’s campaign led to the destruction of over half a million Hungarian Jews in Auschwitz.”