Emmerdale Star, Louisa Clein, Talks of Her Family’s Lucky Escape From The Holocaust

Louisa Clein, better known as Maya Stepney from Emmerdale, told an audience of 250 people at the Holocaust Education Trust about the incredible escape of her family during the Holocaust.

This included her Dutch mother being hidden by non-Jews and her Grandparents being taken in by members of the resistance. 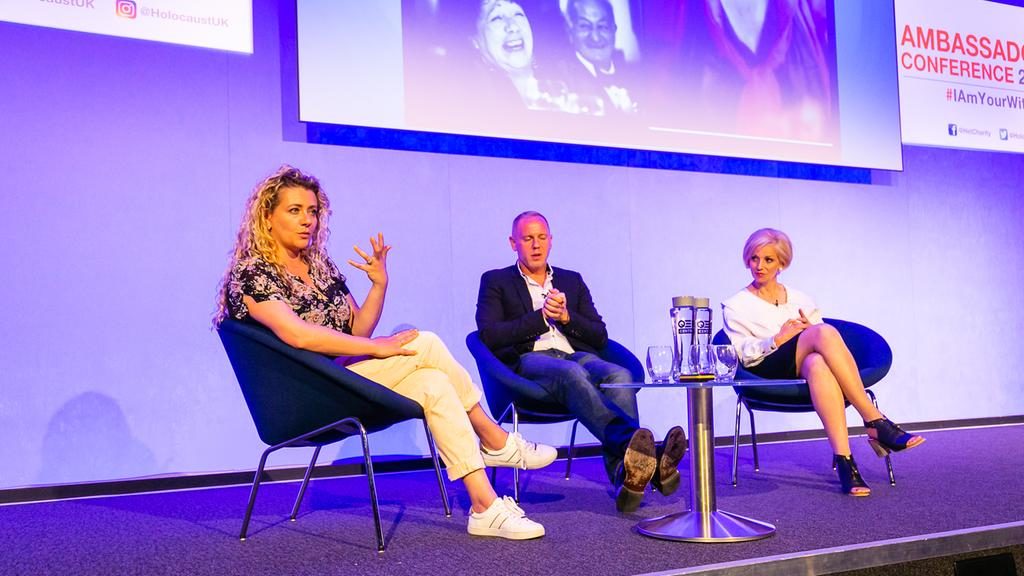 Clein was on a panel which included Judge Rinder after a screening of his visit to Poland last year on the BBC’s WHO DO YOU THINK YOU ARE? and Dr Noemie Lopian, the founder of Holocaust Matters and daughter of survivors Ernst and Renee Bornstein.

The actress told the JC that growing up as “the only Jew in the village” near Sandbanks, in Dorset, she felt compelled to discover her grandparents’ story, having “always been confused about what I was.

“Because of her experiences, my mum was adamant we were brought up not to be seen as different. I spent my whole childhood knowing what I wasn’t. I just never knew what I was.

“I moved to London and I met other Jewish people and it suddenly became more part of my identity and my life.

“Whether I was on the telly or not, I suppose I feel a responsibility to keep my mum’s story told. I want my children to know it. I just think it’s a privilege.

“I’ve been an actress for 20 years and suddenly now I’ve found myself with tens of thousands of followers on Instagram and Twitter. I can either use it to get free things or to make a difference.”