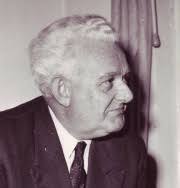 Just imagine how Ernst’s wife, Renée and daughter, Noemie, felt to discover that his confidant and academic mentor, Professor Max Mikorey, had been a  Nazi who contributed to Hitler’s racial hygiene laws. Thanks to the academic enquiries of the brilliant Dr Weidmann in his thesis on medical ethics we now know that Mikorey went to great lengths to befriend Holocaust survivors in an attempt to disguise his association with the Nazi party.

If you’ve read The Long Night you may recognise that Ernst afforded Mikorey the privilege of writing the book’s foreword.