The Long Night is the recently published memoir of Holocaust survivor Dr Ernst Bornstein, translated into English by his daughter Noemie Lopian. In our latest guest blog for Holocaust Memorial Day 2017, we are pleased to reproduce Lord Daniel Finkelstein’s powerful foreword, which contains his thoughts on both the book and his own family’s experiences of the Holocaust. 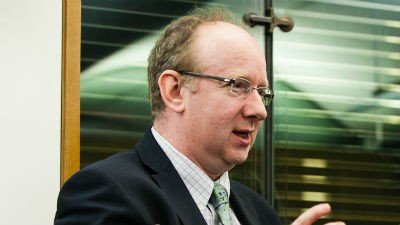 A story that I was told about my grandfather when I was young always used to puzzle me. It was about his First World War medals.

When my grandmother and her three young daughters were arrested in Amsterdam and imprisoned in first Westerbork and then Belsen, they took with them Alfred Wiener’s war medals.

My grandfather was by that point in London, setting up his famous Holocaust archive and contributing to the war effort, but unable to help his family. His wife thought that, perhaps, his medals might help in some way. They were proof – weren’t they – that the family were loyal Germans. Maybe they would be of use.

Sadly, of course, they were of no use at all. My grandmother starved to death. She died just after arriving in Switzerland as part of a rare prisoner exchange, leaving her three daughters to fend for themselves in war torn Europe.

The girls managed to contact my grandfather, who was in New York collecting materials, and they set off on a Red Cross ship to meet with him. And on the way, they discussed a problem. What should they do with the medals? Maybe when they arrived at Ellis Island and were quizzed, the insignia might make them seem like spies. They wrapped the medals in a handkerchief and dropped them out of a porthole.

And there they lie, in the waters by the Statue of Liberty.

Here’s what confused me as a child. My grandfather was quite cross about his medals. And I couldn’t understand it. Why would he want them? Why didn’t he see immediately that disposing of them was the right thing to do?

There were two things that were precious to my grandfather above all other values in his public life. The first was his belief that he was a German. A true and loyal citizen of a great country. The second is that he believed in the power of truth. That was his life’s work, after all. Documenting the truth so that it could be used as a weapon in the fight for liberty.

And what happened with the medals offended against both these things.

I share these values. I too believe that Jews must be true and loyal citizens of their home country and must be recognised as such. And even more strongly, I believe in the power of truth. I believe that laying out, unsparingly, without bias, without embellishment, the truth, has a special force in argument and in the maintenance of social relations.

That is why I am so grateful, so moved, so taken with this extraordinary book. Because it is more than a book. It is a piece of armour. It is a declaration of intent. It is a cry for freedom and justice. It is a rock to cling to. It is a barricade that we can man. It is truth.

The Bornstein family bringing us this truth is a form of heroism. Not the heroism of fighters or mountain climbers or daredevil stuntmen. The heroism of people prepared to confront their emotions and expose themselves and their inner secrets, the secrets of their precious Ernst, so that others may live and others may learn.

This powerful testimony tells stories of those who stood firm under terrible pressure and those who crumbled. It affirms the humanity of all who suffered, whatever their response. It is brave enough even to deal with the way those who suffered sometimes imposed suffering on others, a beating, say, making them more difficult with other prisoners.

It copes with this terror just by calmly, clearly, with open eyes telling it how it was and letting the power of truth do its work. Its simplicity makes it luminous, its very lack of elaboration makes it complicated, its very straightforward narrative style makes it deep.

With every Holocaust story one learns something new. I never feel that I have read it before or that I know it already. Each one has the shock of new revelation, each one brings new questions. And that means if you haven’t read The Long Night you haven’t read about the Holocaust.

At the party for my fiftieth birthday, I reflected to friends how lucky I felt that I had reached that age living in the suburbs of a country at peace, in a nation that respects the rule of law.

By the time they were fifty, my grandparents had been turned out from their homes, deprived of their property, starved or murdered and the remainder left to start again in a foreign country, speaking a new language, trying to find an income, starting again as middle aged people.

There is much that is special about The Long Night but above all, I think Ernst Bornstein makes you feel that sense of dislocation and bewilderment as an ordinary family is torn from its roots and subjected to the horrors of the camps.

This publication derives to be seen as an important moment in holocaust literature. It makes available to a wide audience a particularly fine, particularly clear sighted account. It is impossible to read this book and fail to see the world a little differently.

In a way you finish The Long Night feeling less secure, because you realise that freedom and peace and even survival are contingent, that they may be fleeting, that terrors can come and you will be powerless to resist.

Yet I preferred to finish The Long Night feeling uplifted, that there are in life people like Ernst Bornstein and his family who share him with us. That even in the depths it is possible for someone to keep their wits about them, never to lose their humanity, not to miss a second of life or let something important go unnoticed.

At the end of the Long Night, we are awake, we are alive and we are free.