…“We had to form a single file. Each of us in turn had to go into a small room. There, our bodies were examined, perhaps to determine our physical condition. I was one of a number of inmates who were separated from the rest and sent to an adjacent room. Those who had been chosen were relatively few in number; but this served only to heighten our  feelings – we were tormented by helplessness and fear. After a while a Kapo from the sick bay appeared. He used a red pen to paint a cross on our foreheads. We did not know what this meant.” … “We stood, still naked, around the room with red crosses on our foreheads. The door opened and in walked two inmates who I knew well, the  Kaiser brothers who originated from my home town.”

… “I had shared a locker with the younger Kaiser when we had been in Grünheide, and I also used to write his love-letters for him.” … “The young lady only understood German, Kaiser only spoke Polish and Yiddish. So I wrote his letters and put in them twenty years worth of my heartfelt feelings of love and homesickness.”

…“I was utterly astonished that Kaiser remembered me and still felt obligated to me. He came towards me, squeezed two pieces of bread into my hand, and warned me to eat them quickly. Unable to believe the luck which befell me, I then asked him the meaning of the cross painted on my forehead. His face took on a helpless, blank expression. Then, a compassionate glance gave him away. I then understood.”

“At that time Flossenbürg Camp was heavily overcrowded because new transports of inmates arrived each day. The camp administrators no longer knew how to cope with the unending stream of humans who arrived from every direction. The frail and the sick were eliminated to reduce the total number of inmates, and to prevent an epidemic of infectious diseases. The isolation room gradually filled with skeletal humans, so much so that it would not be immediately obvious if an inmate left. I mustered all my courage and crept to the door that led to the boiler room where Kaiser worked. As I stood mute before him with pleading eyes he quickly washed the red cross away with soap and washing powder. Then he shoved me through the corridor into another room in which another crowd of men were standing naked.” 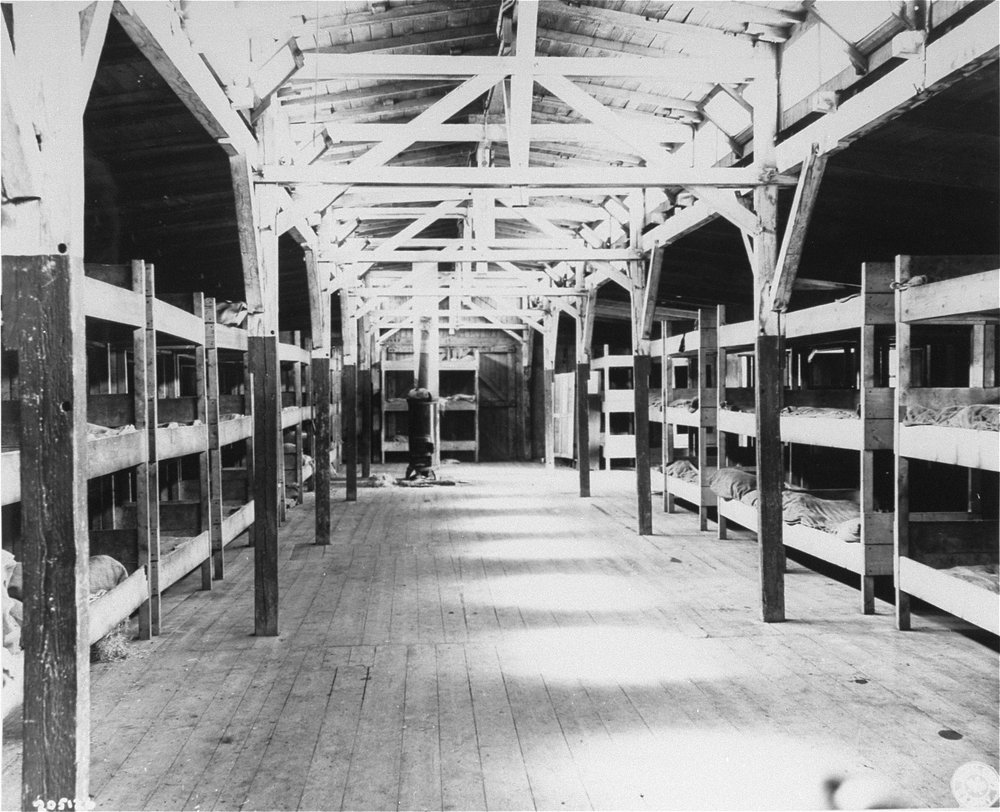