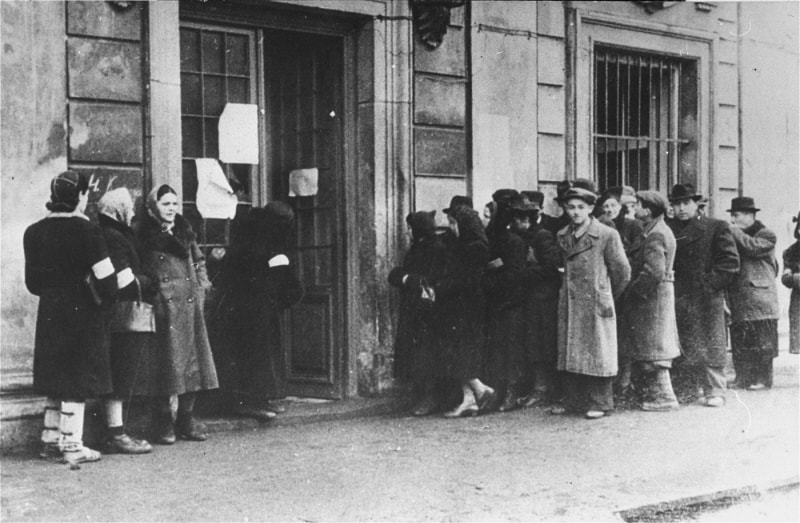 “The Gestapo established the Judenrat to provide Jewish self-government who were entrusted with the distribution of food ration cards, pest and infection control, burying of the dead, recruitment of (forced) labour, and the (enforced) collection of money. Some members of the Judenrat who at first did their duty only because they were compelled to do so soon became willing Gestapo henchmen. Only a few recognised that their situation was hopeless and kept their human dignity. However, next to the many ignominious denunciations which emerged from the ranks of the Judenrat, one must not forget the many high-minded life-saving deeds with which a few seriously endangered themselves. Cooperation with the Gestapo produced temporary advantages for the members of the Judenrat. They were exempt from forced labour, they could save members of their family from deportation, they received a bigger food ration.

However, the obvious advantage of harmony with the Gestapo proved to be a delusion. The Gestapo abused their control over the Judenrat to discover the exact number of people in the Jewish ghettos and to inform themselves about the internal circumstances in the ghetto, for example: about possible resistance groups. They were also compelled to confiscate and hand over gold, silver, jewellery and furs. As there was a well-organised Jewish militia that was an integral part of the Judenrat, it was possible for the Gestapo, working together with this support, to keep hundreds of ghettos in check, even though they were widely scattered. The preferential treatment of the Judenrat lasted only as long as the help of their henchmen was needed. After three years the town of  Warthenau/Zawiercie was rendered Judenrein (cleansed of Jews) by the liquidation of the final remnant in the ghetto. The Judenrat and the Jewish militia still helped the Gestapo to load the remaining ghetto inhabitants into goods wagons which were destined for Auschwitz. Suddenly and without warning or explanation the families of the Judenrat were taken aside and led behind a house. There they were shot and cut down by the Gestapo.” 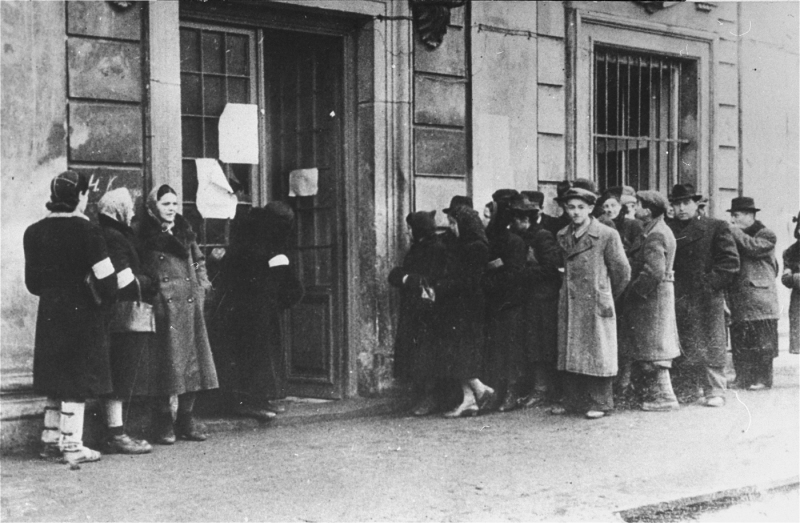 Jews waiting in line outside the Judenrat in Krakow to register for apartments in the ghetto. c. 1940 [United States Holocaust Memorial Museum]