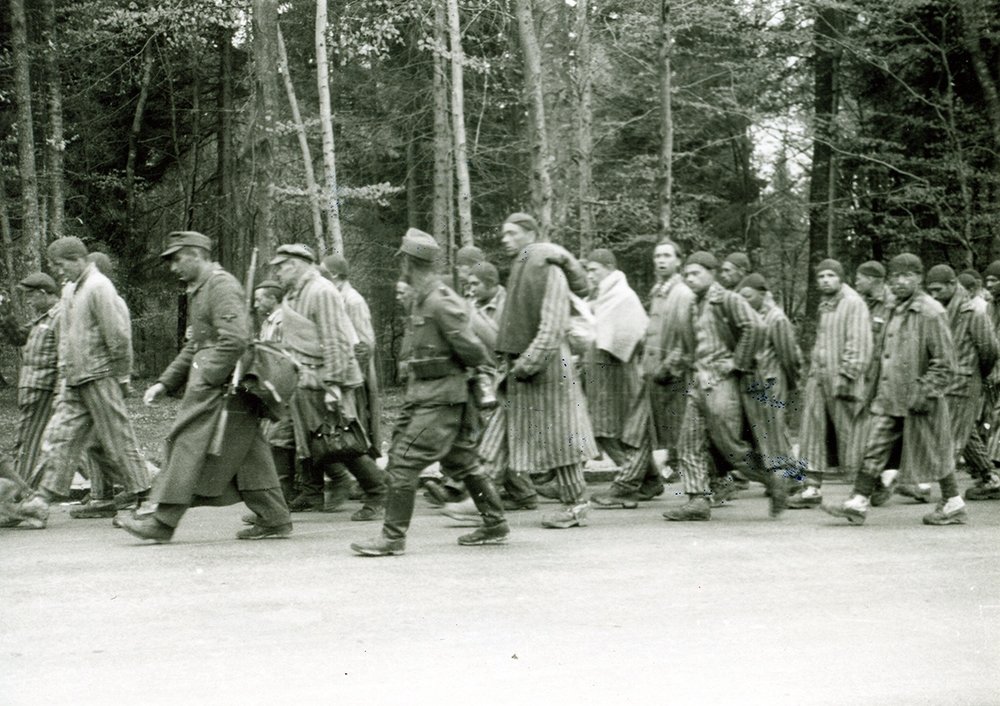 “Now, suddenly, the Kapos and the SS treated us surprisingly decently. Despite the difficulty we had in understanding each other, they no longer found it beneath their dignity to engage in conversation with us as we made our way. We took advantage of this new approach to find what was happening on the battlefront, and what the SS intended to do with us in case of a (German) capitulation. However, the SS, now consisted of a strange assortment of nationalities and included many Volksdeutsche (ethnic Germans) from Ukraine, Poland, Romania, etc. They suddenly showed a lively interest in prisoners who originated from their native countries. Some SS people cultivated prisoners by helping them to get bread and potatoes. A man from the part of West Ukraine that belonged to Poland walked next to me with whom I could communicate easily with in Polish. He asked me what region of Poland I originated from, and what was my family name. He told me that at home he was also friendly with Jewish families, and that he found them to be refined and cultured people. Then he assured me that he sincerely regretted the disgrace and suffering inflicted on the Jews. His words were a stark contrast to his hat and uniform, which bore the death’s-head symbol.”

… “In the new circumstances created by the tightening grip of Allied forces surrounding Nazi Germany, they would have loved nothing more than to shed their Nazi skin. As everything collapsed around them it seemed opportune for them to befriend us in order to secure their own future.”