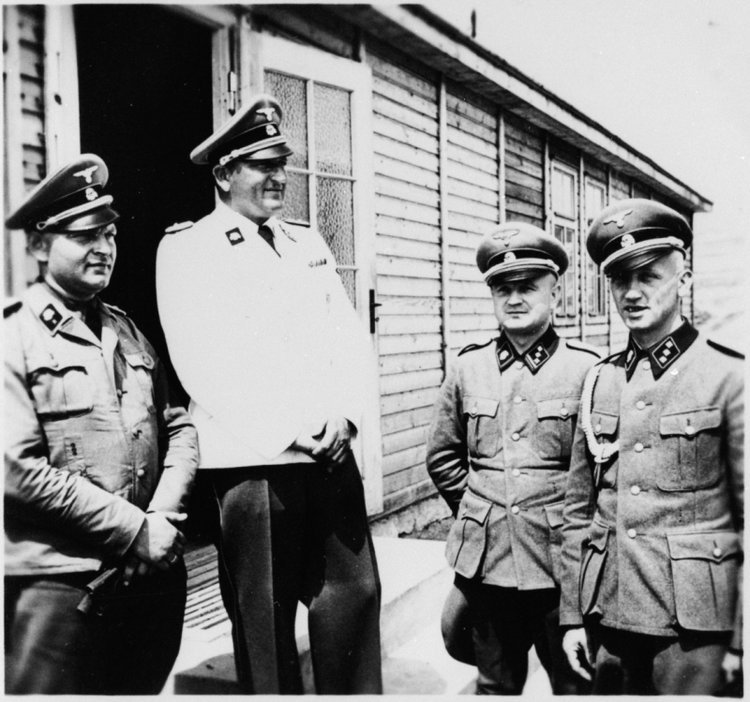 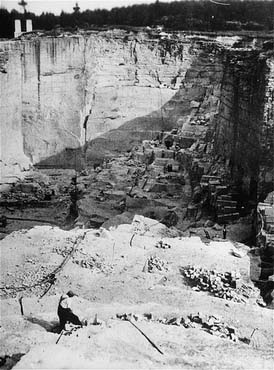 View of the stone quarry in the Gross-Rosen camp, where prisoners were subjected to forced labor. Gross-Rosen, Germany, 1940-1945. [KZ Gedenkstaette Dachau]

At first, the prisoners were employed primarily as forced laborers in the construction of the camp and in the nearby SS-owned granite quarry. The increasing emphasis on the use of concentration camp prisoners in armaments production led to the expansion of the Gross-Rosen camp, which became the center of an industrial complex and the administrative hub of a vast network of at least 97 subcamps. As of January 1, 1945, the Gross-Rosen complex held 76,728 prisoners. Nearly 26,000 of these were women, most of them Jews. This was one of the largest groupings of female prisoners in the entire concentration camp system.

Several hundred Jews had been prisoners in Gross-Rosen between 1940 and 1943. In late 1943, a mass influx of Jews swelled the prisoner population. Starting in October of that year, and continuing until January of 1945, as many as 60,000 Jewish prisoners were deported to Gross-Rosen. Most of them came from Poland and, after March 1944, from Hungary. Some came from western and southern Europe. A large number of these Jews came from 28 forced-labor camps which had been part of the Organisation Schmelt system in Silesia.

Other incoming prisoners were distributed within the Gross-Rosen subcamp system in order to be put to forced labor in support of the war effort. Many of the prisoners worked for companies such as Krupp, I.G. Farben, and Daimler Benz. Jewish prisoners did not begin arriving in the main camp until the fall of 1944, with the evacuation of Auschwitz. 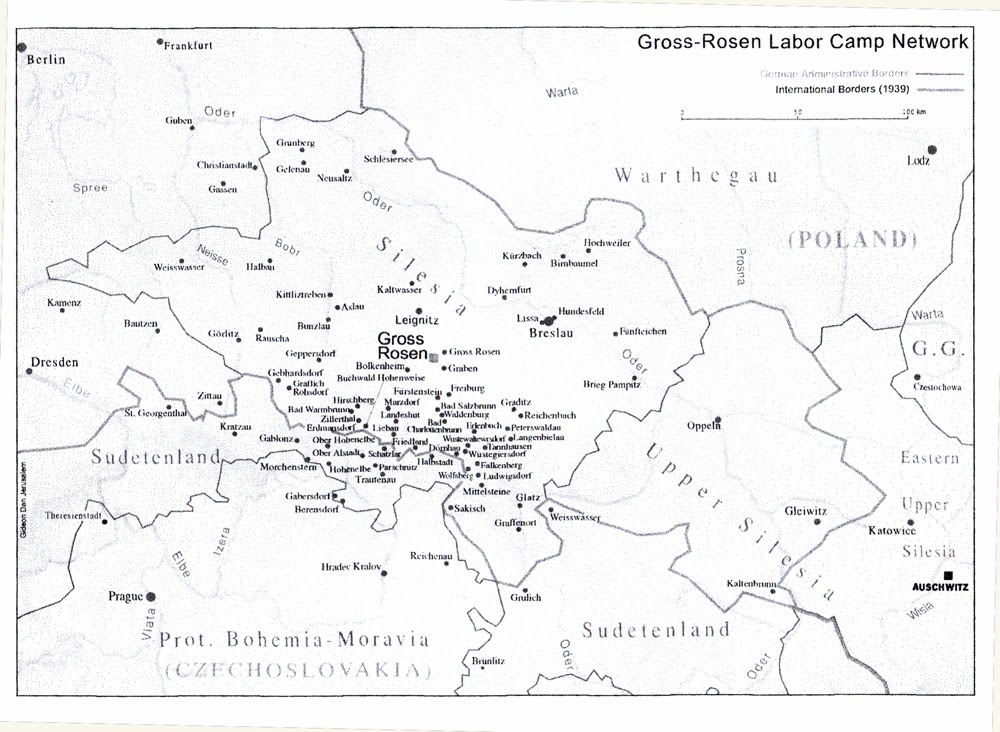 One of the better-known subcamps of Gross-Rosen is Bruennlitz, a subcamp established in an empty former textile factory through the efforts of Oskar Schindler. After the closure of that camp at Krakow-Plaszow, 1,100 Jewish prisoners who had worked there for Schindler were transported for labor at the new camp at Bruennlitz, where they were able to survive the war.

THE LIBERATION OF GROSS-ROSEN

As Soviet forces approached in January 1945, the Germans began to evacuate the Gross-Rosen complex, dissolving subcamps east of the Oder River. In early February 1945, the SS evacuated the main camp, and, subsequently, additional subcamps west of the Oder. SS guards escorted at least 44,000 prisoners, many of whom were Jews, mostly on freight trains and under brutal conditions, to Bergen-Belsen, Buchenwald, Dachau, Flossenbürg, Mauthausen, Dora-Mittelbau, and Neuengamme-camps in the German Reich. Many prisoners died during the evacuations due to the lack of food and water. SS guards killed prisoners who became too weak to continue. Soviet forces liberated the main Gross-Rosen camp on February 13, 1945. 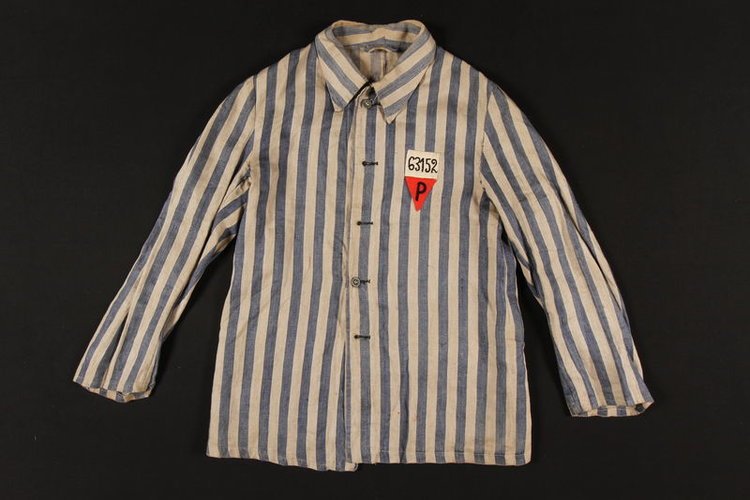 It is estimated that of the 120,000 prisoners who passed through the Gross-Rosen camp system, at least 40,000 died either in Gross-Rosen or during the evacuation of the camp.