Elie (Eliezer) Wiesel was a Romanian-born American Jewish writer, political activist, professor and a Holocaust Survivor. He was born on the 30th of September 1928, and passed away on the 2nd of July 2016 at the age of 87. His is a noble peace prize winner and most famous for his biography during the holocaust called ‘Night.’ 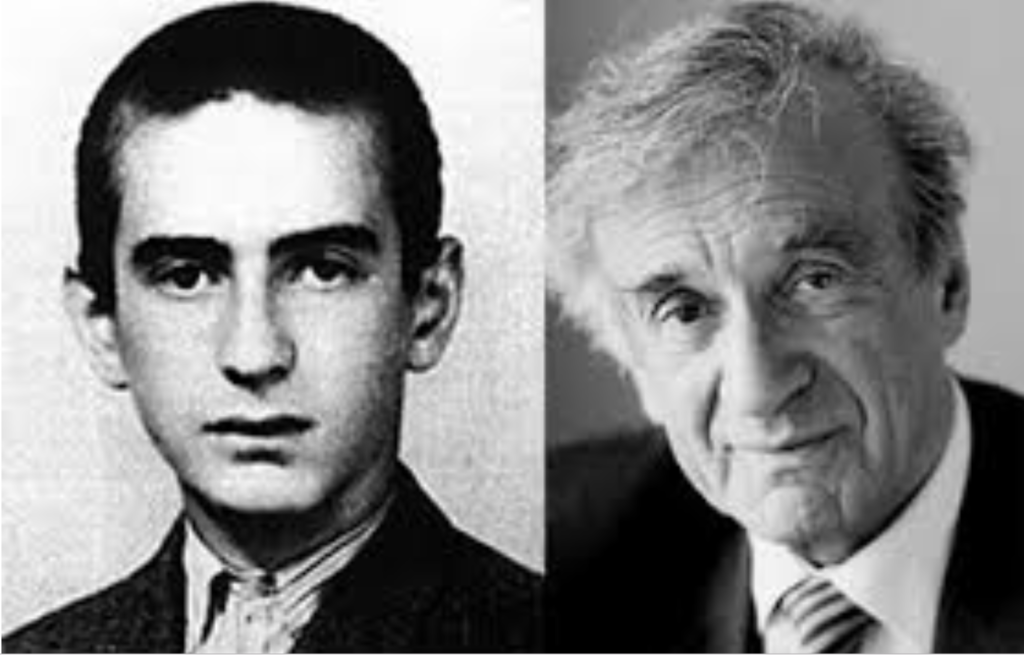 Elie was born in Sighet in the Carpathian Mountains of Romania. There, he lived with his parents Sarah and Shlomo and his three siblings, Beatrice, Hilda and Tzipora. Like Wiesel, Beatrice and Hilda survived the war and were later reunited at a French orphanage. His parents and Tzipora did not survive the war.

The rounding up of Jews and other groups extended to Hungary after the Nazi invasion in March 1944. At this point, Wiesel was 15 and he, his family and the rest of the Jewish population of the town were forced to move into ghettos set up in Sighet.

By May 1944, the Jewish community was being rounded up and deported to Auschwitz, where up to 90% of the people were exterminated upon arrival. This included his mother and his youngest sister, Tzipora. Elie and his father were selected for forced labour, as long as they were still able-bodied. 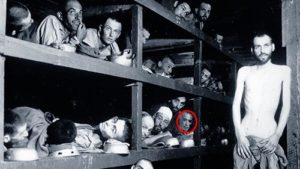 Later, Wiesel and his father were deported to another concentration camp, Buchenwald. Wiesel held the tattoo of the inmate number “A-7713” on his left arm.

Prior to this, Wiesel has spoken out that the only thing that kept him alive was that his father remained alive too. He told Oprah Winfrey in an interview “I knew if I died, he would die.” As prisoners were forced to a long march, his father was beaten by a guard and Elie talks of his sadness that he was not able to intervene.

Wiesel immigrated to North America with his remaining siblings.

For ten years following the war, Wiesel, despite being a professional writer, refused to write about or discuss his experiences during the Holocaust. His opinion on this changed when he met a French author named Francois Mauriac, who eventually became his close friend. He was persuaded to begin writing about his experiences in the hope that it may educate those around him about the atrocities that took place.

The first thing Wiesel wrote about this was a 900-page memoir called And the World Remained Silent, this was later shorted to ‘Night’. After mass popularity, it was translated into 30 languages with over 10 million copies sold in the United States alone. 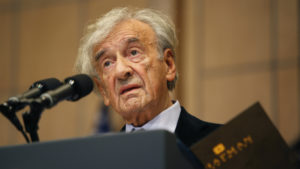 In 1986, Wiesel and his wife, Marion, started the Elie Wiesel Foundation for Humanity. He also served as the chairman of the Presidential Commission on the Holocaust, spearheading the building of the United States Holocaust Museum.

In the same year, he was awarded the Nobel Peace Prize for speaking against, repression, racism and violence. He was described as the Nobel Committee as “one of the most important spiritual leaders and guides in an age when violence, repression, and racism continue to characterise the world.” Famously, Wiesel said during his speech:

“Silence encourages the tormentor, never the tormented. Sometimes we must interfere. When human lives are endangered, when human dignity is in jeopardy, national borders and sensitivities become irrelevant.”

In 2006, Wiesel accompanied Oprah as she went to visit Auschwitz, which was aired on The Oprah Winfrey Show. Later that year, Wiesel received a Knighthood in London for his work towards raising Holocaust education in the UK.

Wiesel openly condemned both the creation of nuclear weapons in Iran and Hamas for “using children as human shields.” He has often emphasised in his works and speeches about the Jewish connection to Israel and Jerusalem in particular. He stated that “Jerusalem is above politics. It is mentioned more than six hundred times in Scripture—and not a single time in the Koran… It belongs to the Jewish people and is much more than a city.”