“As always and everywhere, the “Muselmen” were easy prey for the Kapos. Their attention span was such that they could only just grasp the imperatives of the moment. When they felt severe hunger they were no longer capable of taking any precautions that might otherwise ensure their survival when stealing a few morsels of bread. They no longer cared and were completely indifferent to the consequences of their actions. Their senses and responses had become so dulled that they no longer appeared to show any fear of being beaten. For the others, who had not yet reached this apathetic vegetative state, the images of beatings had such an impact that it severely inhibited their ability to “organise”. An unforgettable impression was etched into the memory of all those who witnessed the punishment inflicted on a starving prisoner for devouring a bit of raw potato or cutting up a camp blanket to bandage their sore feet. These pitiful people were shown no compassion or mercy, very often they were just beaten or trampled to death on the spot.” 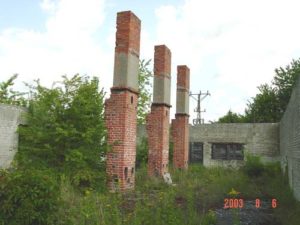