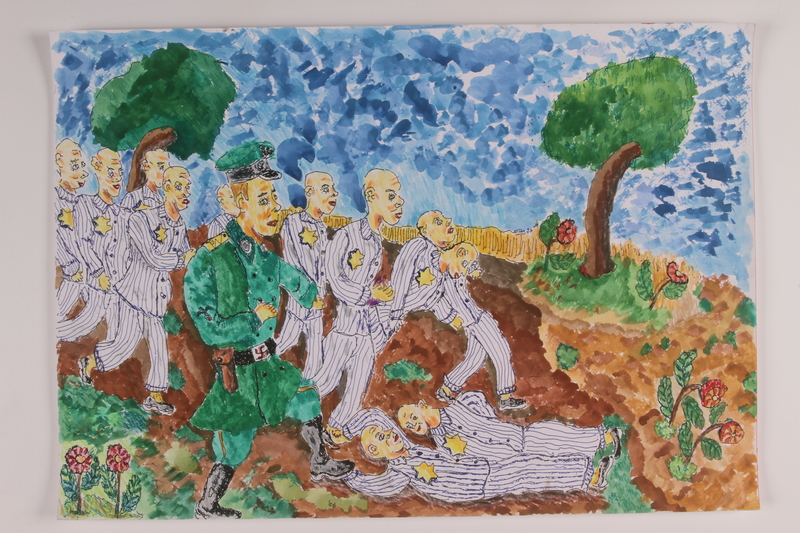 “The Spring brought new hope. The beautiful season and other changes in our life enabled us to contemplate the future with newfound courage. This transport was so different from all previous ones. We were no longer herded like cattle into the wagons; instead we were able to climb in slowly and without undue haste. On the march we no longer heard the nerve-wracking clicking of guns which had been the invariable accompaniment to all earlier transports. This time, those who were weak were helped along, not murdered on the spot.

The pace was no longer dictated by the rapid march of the Kapos and SS; instead it was regulated by the faltering steps of the weakest. Our train passed through small towns and villages which apparently bore no scars inflicted by the war. We felt a benefit both from inhaling the clean air outside the camp, and the view from the train of a world which had not suffocated by violence and blood from which we had been excluded for so long. The uncomprehending indifference with which the people of this world stared at us, the unchanging rhythm of their lives stood in stark contrast to our suffering, and pained us deeply.”

… “Until then, during these marches so many inmates had died that their corpses made mountains at the stations when we arrived; disheartening views for all of us as we had to continue with fears we did not dare to admit to: that very soon we too would belong to those who were treated like rubbish and buried in no man’s land.”